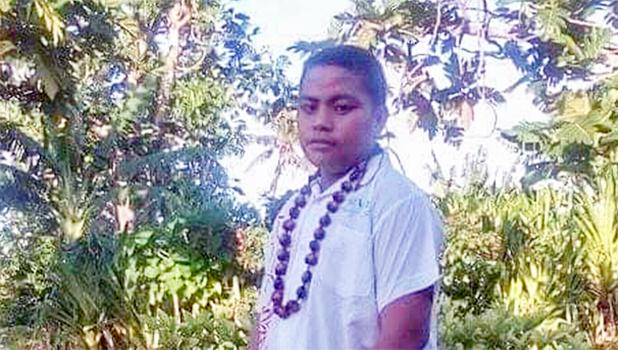 Source: Samoa Observer
Police confirmed that they were following leads the boy had been deliberately harmed days after his death.

Apia, SAMOA — The mother of a deceased 16-year-old boy in Savai'i who is alleged to have been harmed by a Church Minister is pleading with the Police to release her child's body so he can be laid to rest.

The deceased who has been identified as So’otaga Viliamu passed away on 29 February 2020.

But the child’s body remains in a freezer at a morgue while awaiting a Pathologist’s inquiry.

Police confirmed that they were following leads the boy had been deliberately harmed days after his death.

“We are looking at a church minister being involved in this case,” the Police Commissioner,  Fuiavailiili Egon Keil, said at the time, while declining to elaborate on the possible role of the Minister.

But his grief-stricken mother, Vagalena Viliamu, said her child had been sorely missed and all she wants is to lay him to rest next to his grandfather at their family home in Safotu.

Mrs. Viliamu said that a few days after he died in the Moto’otua Hospital, as their family was preparing to take him to Tuasivi morgue to be closer to home, they were notified that they were not allowed to do so anymore as there is now a case with Police.

That was two months ago.

Mrs. Viliamu said she personally does not care about Police investigations at this point, but instead to take her baby home: “This has taken so long already.”

“We still haven’t heard anything updated about the investigation and we are planning to go to the Police Commissioner to put through our request, but if that fails we will go straight to the Prime Minister as a last resort for assistance,” she said.

So'otaga was a twin to younger brother Taloto, and third of seven children altogether. He was also a Year 11 student at the Alofi-o-Taoa College in Fatuvalu, Savaii.