SAMOA MEASLES UPDATE: Death toll at 33 — a call for donations 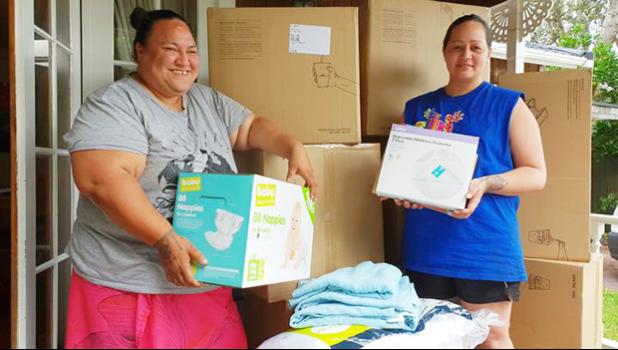 Pago Pago, AMERICAN SAMOA — There's been another death in Samoa's measles epidemic, bringing the toll to 33. All but 4 of the deaths are children under the age of 4, including one who died in the past 24 hours.

In that same period, another 249 measles cases were reported, bringing the total to more than 2,600 since October. Meanwhile, 193 people with the disease remain in the hospital.

A mass vaccination campaign is underway and dozens of New Zealand nurses are in Samoa to assist.

2,686 measles cases have been reported since the outbreak with 249 recorded in the last 24 hours. To date, 33 measles-related deaths have been recorded. Since the Mass Vaccination Campaign on 20 Nov 2019, the Ministry has successfully vaccinated 33,085 individuals.

New Zealand medical staff working in Samoa have said the number of sick children being taken to hospitals continues to rise.

At Joyce Purcell's house in west Auckland, there are big boxes of diapers, and disposable cups and plates, piled up on the porch.

She runs her own skincare business, but over the last couple of weeks she's also been collecting donations to send to Samoa, as the Pacific nation grapples with a serious measles outbreak that has killed at least 32 people.

Purcell came to New Zealand four years ago, but still has lots of family members living over there. Instead of just worrying about what was happening back home, she decided to do something to help and put a call out on social media for donations.

So far she's received diapers, disposable mattress protectors, towels and pillows and is waiting on a donation of disposable sheets. Purcell said she and her business partner, Malia Lameta, have been working with organizations in Samoa to find out what was needed.

Gloves, masks and hand sanitizers are all near the top of the list. But there are other requests too: children's books, paper plates, and cutlery to feed hospital workers doing overtime. The offers of donations haven't just been coming from New Zealand, but from Australia and the United States as well, Purcell said.

Lameta, who also has family members in Samoa, said the measles deaths were heartbreaking and people should offer what support they could. "I think if you can give, give. If it's in your capacity to help, then do because these people are suffering and whether you're Samoan or not, it doesn't actually matter.

"Whether you have a connection or not, doesn't matter. People are dying and they don't need to be."

Purcell said it would take Samoa a long time to recover.

"It's a sad time for families over there, families will still need support. There are a lot of people who are out of work now because they're not able to go to work because of the measles epidemic. "I feel like it could go on for a little while, whether it's the disease continuing to spread or whether it's healing afterwards."

The first shipment of donations is due to leave Auckland for Samoa on Friday.