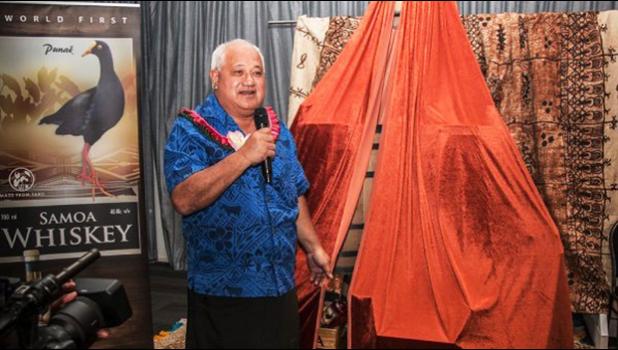 Apia, SAMOA — Samoa Whiskey was launched by the Scientific Research Organisation of Samoa (S.R.O.S.) at the Taumeasina Island Resort on Friday.

The whiskey is a unique product made out of taro and the first of its kind to be produced in Samoa and around the world.

Prime Minister Tuilaepa Dr. Sa’ilele Malielegaoi praised the product and its name because it will also promote Samoa around the world.

Tuilaepa said it will provide great opportunities for taro farmers and producers alike for a market for their products.

He urged entrepreneurs to have guts to take up what S.R.O.S. has discovered and start producing so it could make local taro producers happy.

“S.R.O.S, which is tasked with the mission of conducting scientific research and developing technologies in the sustainable development of value added goods and services for export, has developed a world’s first, pure and unique exotic liquor made from Samoan taro root,” Chief Executive Officer of S.R.O.S., Dr. Seuseu Tauati said.