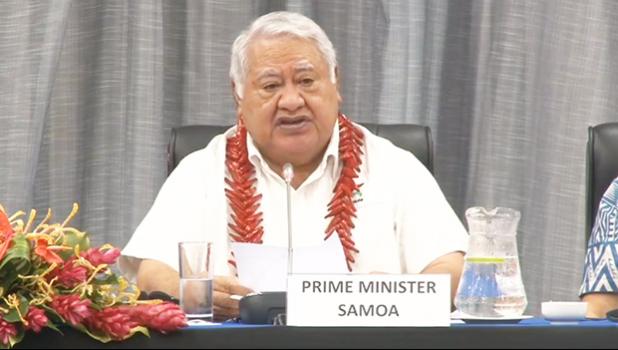 Apia, SAMOA — The Samoa government’s plan to ban Facebook ahead of the General Election next year is not only “dangerous” it encroaches on fundamental human rights around freedom of speech.

So warns a Social Media expert when her opinion was sought on reports that Prime Minister Tuilaepa Dr. Sa’ilele Malielegaoi’s administration is seriously looking to ban the site from Samoa.

Speaking on TVNZ, Jess Moloney, Chief Executive Officer of Moloney Moloney, when a Government makes such a decision without consultation with members of the public, it sets a very dangerous precedent.

“To take away a form of communication connection is just encroaching on I feel human rights of speech and being able to have those discussions at a larger community level,” Ms. Moloney said.

“When there is a precedent, where a Government makes that decision without actually involving the community, that’s where it becomes dangerous … it is an ethical question.”

Two weeks ago, Prime Minister Tuilaepa revisited the idea of banning Facebook. He said he was tired of people abusing the site to spread hate speech, bully others and promote false and defamatory claims against the Government.

Tuilaepa said the Government has received numerous complaints from victims of Facebook abuse.

“The suggestion came from members of the public for the government to consider this and we are entertaining the idea, similar to other countries," Tuilaepa said.  “This is a result of defamation which continues to be a huge problem.”

“News agencies have a really unique part to play when it comes to social media because you are the owners of the news and we are relying on the news agencies to tell us what is factual or not,” she said.

Should the Government proceed with the plan, Samoa will join China, Iran, Syria, and North Korea who are among a few countries to have banned the platform.