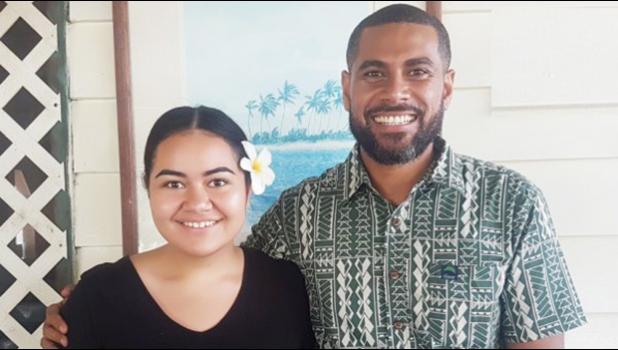 The charges are in connection to a glass pipe used to smoke methamphetamine or ice that Police confiscated from the Court compound last week.

“They are both being charged with possession of utensils and were remanded in custody at Tafa’igata and will appear in Court on 30 April, 2018,” said Auapa’au.

“That is all I can say on this matter.”

Auapa’au did not answer questions regarding the allegations. He confirmed the court officers are in police custody until next week.

Kaniva News reports Tonga is now listed as 51 out of 180 countries.

RSF said the re-election of Prime Minister 'Akilisi Pohiva's party in 2017 was accompanied by growing tension between the government and journalists.

Pohiva has had a tempestuous relationship with the kingdom's media and his constant clashes with the state-owned Tongan Broadcasting Commission have drawn particular attention.

Last year the International Federation of Journalists expressed concern at reports that news editor Laumanu Petelo and news manager Viola Ulakai were moved from their positions in the newsroom after clashing with the Prime Minister.

The TBC's board chair and the general manager have also been removed in recent times while Pohiva described the state broadcaster as "an enemy of government" at one stage.

Tonga's ranking still places it ahead of the two other Pacific nations listed by the RSF. Papua New Guinea has dropped two places to 53rd and Fiji has risen by 10 places to 57th.

The Pacific climate warriors are in Samoa for their Pacific fossil free gathering.

All around the world, different communities and groups that come under the umbrella of 350.org come together to have their own fossil free gathering.

According to Samoa’s Pacific Climate Warrior, Brianna Fruean, this retreat is the first time they’ve had a regional gathering in Samoa.

“Normally we will meet up in Fiji but the team here in Samoa did a real push that we share it amongst the countries,” said Brianna.

“Having it here in Samoa is very special because our past leader was also Samoan.  It also showed that Fiji is passing the baton to Samoa and gives team Samoa an opportunity to step up.”

Pacific Climate Warrior, Fenton Lutunatabua, of Fiji, told the Samoa Observer the focus for this gathering was mainly about growing their collective, as well as deciding what their next move entailed.

Lutunatabua’s journey with the Pacific Climate warriors began in 2013 when he met other global youth leaders like Brianna at a global climate event in Instanbul. “When we met, we realized that the story told about the Pacific Islands in the climate discourse was inauthentic to them,” said Lutunatabua.

The fossil free retreat took place at Rita’s Lodge in Lotopa. It started on Monday and was attended by representatives from 14 Pacific countries who are part of the climate organization, 350.org