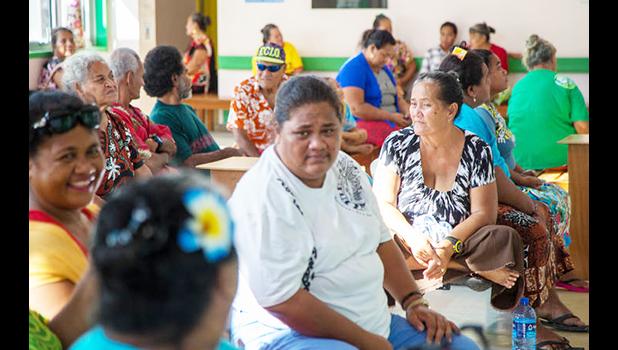 United Nationa, NEW YORK CITY — The United Nations says the introduction of a Temporary Basic Income for the world's poorest people including those in the Pacific could help slow the current surge in Covid-19 cases in the region.

According to the World Health Organisation, as of 14 October there was a total of 6,730 cases for the virus in the Pacific with 3,375 new cases reported.

In a recent UNDP report - Temporary Basic Income: Protecting Poor and Vulnerable People in Developing Countries estimated that it would cost about $US200 billion a month to provide the "time-bound, guaranteed basic income to 2.7 billion people living below or just above the poverty line in 132 developing countries".

But the report said the figure was small compared to how much the rich economies of the world were spending on their Covid-19 responses.

The UNDP's Chief Economist, George Gray Molina, said in the Pacific Vanuatu, Tuvalu, the Solomon Islands, Papua New Guinea, the Federated States of Micronesia and Kiribati were surveyed for the scheme.

Molina said other island nations were excluded from the survey because the "right data" had not been collected for these countries.

But he said the TBI was not meant to exclude any country in the world.

Molina said the report was feasible and urgently needed with the pandemic now spreading at a rate of more than 1.5 million new cases per week.

"Particularly in developing countries where seven out of ten workers make a living through informal markets and cannot earn money if they are at home," he said.

"Many of the huge numbers of people not covered by social insurance programmes are informal workers, low-waged, women and young people, refugees and migrants and people with disabilities.

"They are the ones hardest hit by this crisis."

The UNDP had carried out assessments on the socio-economic effects of the Covid-19 pandemic in more than 60 countries.

Molina said the evidence showed workers who were not covered by social protection could not stay at home without an income.

He said a Temporary Basic Income would give them the means to buy food and pay for health and education expenses.

"It is also financially within reach: a six-month Temporary Basic Income, for example, would require just 12 percent of the total financial response to Covid-19 expected in 2020 or the equivalent of one-third of what developing countries owe in external debt payments in 2020," Molina said.

"Introducing a Temporary Basic Income for the world's poorest people has emerged as one option."

Molina said bailouts and recovery plans could not only focus on big markets and big business.

Molina explained that they also focussed on what would be needed to top up incomes, and what the size of a cash transfer would be.

"So, a six-month TBI for PNG would cost about 0.4 percent of GDP, which is about the average of what it would cost most middle-income countries around the world.

"This is a lot of money but what we're trying to focus on is to look at pockets of funding and one of those has to do with debt as many countries are in debt.

"They have debt-service payments due this year."

Molina said a Temporary Basic Income could also enable governments to give people in lockdown a financial lifeline, inject cash back into local economies to help keep small businesses afloat and slow the devastating spread of Covid-19.

He said the Temporary Basic Income was not a silver bullet solution to the economic hardship the pandemic had brought.

But protecting jobs, expanding support to micro, small and medium enterprises, and using digital solutions to identify and access people who were excluded were measures that countries could take.

"One way for countries to pay for a Temporary Basic Income would be to repurpose the funds they would use this year to service their debt," Molina said.

"Developing and emerging economies will spend $US3.1 trillion in debt repayment this year, according to official data.

"A comprehensive debt standstill for all developing countries, as called for by the UN Secretary-General, would allow countries to temporarily repurpose these funds into emergency measures to combat the effects of the Covid-19 crisis."

Tuvalu among first to adopt the TBI

Tuvalu is one two countries that have adopted the TBI proposal. The other is Namibia.

Molina said Tuvalu had been focussing on something similar such as a UBI - universal basic income.

He said Tuvalu had carried out some tests on the UBI last year.

"But when Covid-19 hit, Tuvalu put in place the TBI - something that created an incentive for people to stay home for the duration of the partial lockdown or containment of the pandemic.

"While Tuvalu is Covid-free, it still adopted the TBI to help 11,000 of its people as a monthly payment for the duration of the global health crisis."

Molina said Covid-19 had exacerbated existing global and national inequalities and created new disparities that were hitting the most vulnerable people the hardest.

With up to 100 million more people being pushed into extreme poverty in 2020, 1.4 billion children affected by school closures, and record-level unemployment and loss of livelihoods, the UNDP predicts that global human development is on course to decline this year for the first time since the TBI concept was introduced in July.

The WHO also said of the 37 newly reported deaths, there were nine deaths reported in French Polynesia and 28 deaths in Guam; bringing the total to 76 Covid-related deaths in the Pacific as of last month.