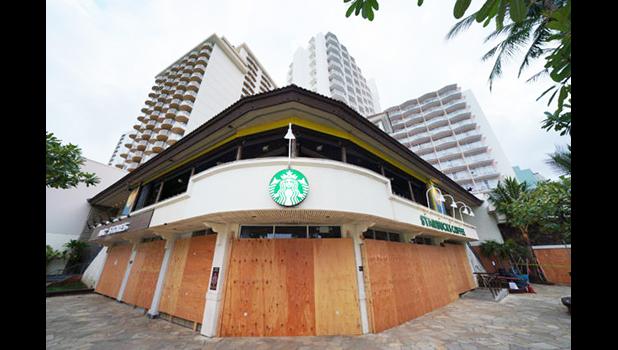 Alia Tuiolosega, a member of the Colgate University Class of 2023, has earned the fall 2019 Dean's Award for Academic Excellence.

Tuiolosega is a graduate of Pacific Horizons School, and is from Pago Pago, AS (96799).

Students who receive a term grade point average of 3.3 or higher while completing at least three courses earn the fall 2019 Dean's Award for Academic Excellence.

Colgate is a leading American university for students who want classes with rigor, faculty with passion, and confidence in knowing they will learn how to thrive in work and life. Colgate offers 56 majors and supports 25 Division I athletic teams on a campus of about 2,900 students in central New York.

AMATA CONGRATULATES ASG AND THANKS SECRETARIES

On Monday, Congresswoman Aumua Amata congratulated Governor Lolo Moliga upon his announcement of the delivery of CARES Act funds, and also expressed her appreciation for Interior Secretary David Bernhardt and Treasury Secretary Steven Mnuchin upon timely delivery of this much-needed assistance for American Samoa.

“I appreciate this effort by federal authorities to send these CARES Act funds promptly,” said Aumua Amata. “Thank you to President Trump, Secretary Bernhardt and Secretary Mnuchin and many more involved in this major process. Congratulations to the Governor and his team at ASG on this great news.

The effort to build on these CARES Act provision will continue in Washington this week, especially the effort to replenish the Paycheck Protection Program. Every accomplishment in D.C. right now requires bipartisanship to be completed.”

REOPENING OF HAWAII IS STILL ABOUT A MONTH AWAY

Hawaii’s tourism, restaurant, bar and event industries are struggling, with more than 200,000 people having filed for unemployment.

But Gov. David Ige and other top state officials cautioned Monday that reopening businesses and ramping up the broader economic engine is still a ways off and will need to be phased in.

First, the number of COVID-19 cases must be stabilized. Second, certain activities would be allowed again, but in sequence and gradually. A third phase would focus on supporting business and job growth, he said.

Hawaii Medical Service Association CEO Dr. Mark Mugiishi, who sits on the committee, said Monday that Hawaii was about a month away from having the systems in place needed to begin restarting the economy in phases. This involves the ability to conduct screening, test people who might have the virus and tracing people that came into contact with the carriers, as well as isolating infected people.

Lautalatoa Pierre Slicer QC, former Justice of the Tasmanian and Samoa Supreme Courts, has labelled proposed legislation in Samoa's parliament to create an Independent Land and Titles Court as a disaster for the concept of law.

The Samoa Observer reports Justice Lautalatoa saying the proposed amendment to the country's Constitution would betray the intention of the founding fathers who authored it.

A letter from members of the Judiciary in Samoa addressed to the Law Reform Commissioner voiced grave concerns at the proposed changes which now await a third reading to become law.

The newly appointed Chief Justice Satiu Simativa Perese declined to comment, saying it's not fair for him to comment because he hasn't seen the letter.

Concerns have also been raised by the Samoa Law Society which called for more public consultations as well as forming a special committee to conduct an awareness programme.

IT'S NEVER TOO EARLY TO PREDICT THE OSCARS… OR IS IT?

An Oscars ceremony red carpet crowded with movie stars in sequined gowns by the likes of Oscar de la Renta and Carolina Herrera may feel a very long way from our reality right now.

In fact, many of this year’s most anticipated films such as the James Bond franchise's No Time To Die and A Quiet Place: Part II have abandoned their planned premiere dates, which may make award season 2021 a rather quiet affair.

In addition, organizers of the Cannes Film Festival recently announced the event won’t take place in June, after it was pushed back a month due to the ongoing health crisis, and will be postponed to a later date.

But as the old show business cliché goes, ‘the show must go on’.

One notable Oscare 2021 mention is Next Goal Wins

Anyone who loved JoJo Rabbit as much as we did will be excited about the arrival of this film —It explores the life of a coach who takes the American Samoa national football team to the World Cup and sees Michael Fassbender return to the big screen alongside Elisabeth Moss and Armie Hammer.

Hawaiian Airlines chartered a cargo flight to China on Saturday to bring 2 million face masks back to the islands.

The effort is in partnership with the grassroots community group Every1ne Hawaii.

The airline says it had to make room in the Airbus A330 aircraft in order to fit all of the masks.

Employees removed the airplane’s lower deck crew rest module, which is located underneath the passenger cabin.

The removal of the crew module will open up space and allow the plane to carry more than 2,500 more pounds of cargo.

Four Hawaiian Airlines pilots, two mechanics and two airport operations employees on board the aircraft will stop off in South Korea before heading to their final destination in China, where they will pick up the masks.

The plane is schedule to arrive back in Honolulu on Tuesday.

More than 2 million face masks will be transported to nonprofits around Honolulu and then distributed to those in need.

More than one-third of Hawaii’s labor force has filed unemployment claims, according to the latest state data as the islands effectively shut down large sectors of the economy to slow the spread of the coronavirus.

The state Department of Labor and Industrial Relations said Thursday that 244,330 claims have been filed since March 1.

Hawaii’s labor force numbered about 660,000 for most of the past year.

Judith Ramirez and her husband are both among those dealing with the stress and uncertainty of not knowing when they’ll be able to resume working.

She is a housekeeper at the Sheraton Waikiki while her husband is an electrician journeyman there. They each filed for unemployment in recent weeks, with some assistance from their union, UNITE HERE Local 5, after the hotel temporarily closed.

Ramirez said she’s most concerned about being able to pay their mortgage and keep their health insurance. She said they can manage covering their utilities.

“I’m worried every night, every day, because I don’t know that this COVID or this pandemic will end soon,” Ramirez said.

Her husband has worked for the hotel for 27 years. She has been working there part time since she gave birth to their younger daughter last year. For now, they will have insurance through the hotel for the next three months because her husband worked the required number of hours to qualify in March. But they don’t know what will happen after that. They are hoping the hotel will extend their coverage.

“We need help so we can beat this together. After all, if this pandemic will end, we can all go back to work and help each other,” she said.

More than 100 hotels have closed across Hawaii as the flow of travelers has slowed to a trickle. Late last month, Hawaii began requiring all travelers to quarantine themselves for 14 days after they arrive. Many retailers and restaurants have also closed to abide by social distancing guidelines.

According to data from the U.S. Employment and Training Administration, the number of unemployment applications submitted in Hawaii last week fell nearly 35% from the previous week to 34,693.

Hawaii has recorded 541 cases of the disease as of Thursday, including nine people who have died.

SAMOA’S ECONOMY PREDICTED TO CONTRACT BY 6.6%

The Central Bank of Samoa has issued a statement to acknowledge the severe economic impact caused by the Coronavirus (Covid-19) pandemic with a revised prediction that Samoa’s economy will contract by 6.6 percent in real GDP this year.

The necessary measures undertaken to protect human lives and contain the further widespread of the greatest health crisis of our time, has directly impacted tourism and remittances. As the IMF predicts a 3% contraction of the global economy, CBS confirms the severe impacts on Samoa.

The steep economic downturn forecasted for Samoa is linked to the gloomy economic outlooks in its major trading partners.

The economy of Australia is predicted to contract in its annual real GDP by -6.7 percent, New Zealand by -7.2 percent, and the United States of America by -5.9 percent in 2020.

“These unprecedented global economic developments and outlook may severely impact Samoa’s own economic performance in the next twelve months”, reads the statement.

The Central Bank says its forecast for a contraction from -2.2 to -5.0 percent in real GDP for the year ending June 2020, is “highly susceptible” to three key elements:

1. the effectiveness of the implementation of any relief and/or stimulus policy package(s),

2. the tightened or restrictive measures on domestic and international activities, and,

3. the adverse implications on our main source markets (New Zealand, Australia and the United States of America).

Evident in Samoa is the widespread impact amongst thousands left jobless and without their usual source of income since the national lockdown and closures to international borders, noting that tourism and remittances together contribute to more than two thirds (2/3) of Samoa’s GDP.

The IMF is said to have made a downward revision for the Pacific region, predicting an average -2.7 percent contraction in 2020 across the region, “reflecting our high dependency on tourism, remittance and commodity exports, all of which will be critically impacted from current developments”.

“The extent of these economic downturns varies across the Pacific island countries, with Palau being the worst affected, with a forecast annual reduction of -11.9 percent to a -0.2 percent contraction forecast for the Marshall Islands”.