A Mother shares the pain of losing her baby girl 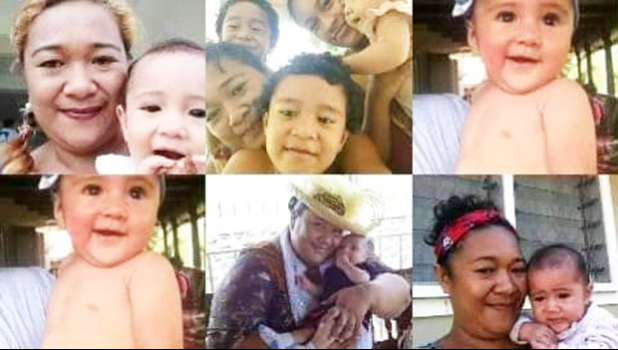 Apia, SAMOA — “I can’t sleep at night. Everytime I close my eyes I see her little face and I start to cry. I miss her so much and when I remember our 1 week and 2 days of pain in the hospital, watching her lying hopeless on the bed, fighting for her life I cry myself to sleep”.

Nuu Faailo Lameko is one of more than 40 parents who have had to bury a child as Samoa struggles to contain the measles outbreak declared over 6 weeks ago in October.

The Ministry of Health has called on parents to seek immediate medical advice for babies under 12 months old, as soon as they show symptoms such as fever.

Nuu Lameko, however, was turned away three times before she was finally admitted on their 4th visit to Motootua.

“I took her in as soon as she had a fever and coughing. I started taking her in on Monday 11th, they gave prescriptions for panadol and amoxillan;

“I took Mina back on Wednesay 13th and they gave us the same medication”.

“On Thursday I took her in again and we were given a different medication on that day, still panadols but this time augmentin was prescribed.”

Baby Lemina was finally admitted on Friday the 15th of November when Nuu was then told that the right side of her baby’s chest had contracted pneumonia.

In her pain Nuu said she did not want to lay blame and was thankful to the hard working health care workers at Motootua.