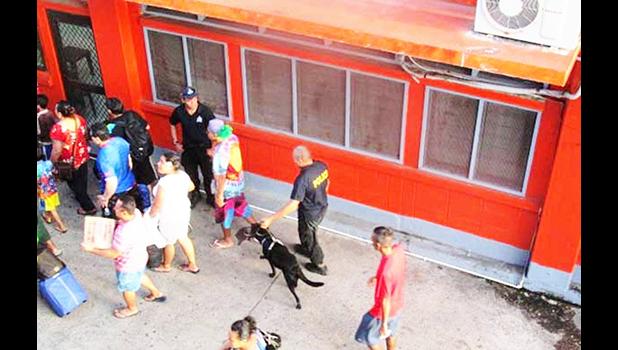 Apia, SAMOA — Inbound travellers by sea or air are warned of trained police dogs on duty at the main airports and seaports in Samoa that can sniff out illegal drugs.

Justice Leiataualesa Daryl Clark gave the warning at the sentencing of  Mr. Tafuna Tauialo who was caught in possession of the illegal substance meth or “ice” by police dogs.

The methamphetamine case against Tauialo sheds light on the work of police canines or drug sniffer dogs Flame and Mozart, who alerted the police as well as the customs to the suspected drugs.

“I should have made known to anyone thinking of importing illegal drugs into Samoa that deployed at Samoa’s airports and sea ports of entry are police canine drug sniffers,” he said.

“These dogs as demonstrated in this case, are very effective tool in detecting drugs at our various ports entry.”