Husband arrested in Samoa and charged with murder of pregnant wife 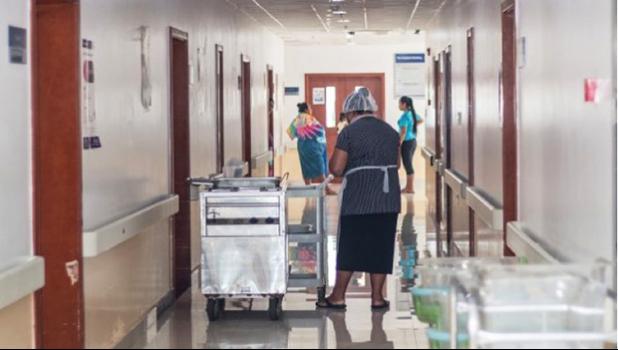 Apia, SAMOA— 34 year old man from Tulaele, Edward Ulberg, has been taken into police custody and charged with murder for allegedly causing the death of his pregnant wife and their unborn child.

Deputy Police Commissioner Auapaau Logoitino Filipo said they were alerted just after 9am Wednesday morning by doctors of the Motootua National Hospital, however, the victim was pronounced dead on arrival.

Auapaau said their preliminary findings are that a weapon was used, and the mother of four is believed to have been with child.

“A small knife is the suspected weapon used, and we know the victim was with child. We are continuing our investigations to confirm how far her pregnancy was,” said the Deputy Police Commissioner.

“We are expecting to file further charges in relation to the unborn child,” he added.