Deported from the US, returned Samoans learn a new way of life 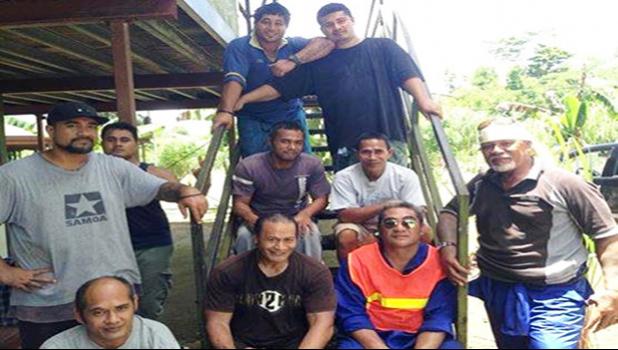 By
Radio New Zealand
They have no cultural bearings, they find it difficult to communicate ... so they become isolated Faafetai Koria

Apia, SAMOA — For some of the men aboard this US chartered plane, it would be the first time they have been back to Samoa since they were young. But a new life lays ahead for them now, after they were deported from the United States for crimes ranging from assault to being armed with a dangerous weapon.

The plane-load landed in Apia last week, and the men arrived to leis and warm embraces from extended family many hadn't seen for years. But then came the hoarde of police, immigration, quarantine and customs officials, as well as the transnational crime unit.

Among them was Faafetai Koria, the director of the Samoa Returnees Charitable Trust, a not-for-profit that helps rehabilitate the returnees and offers some reassurance to the public that they will not recommit crimes back in Samoa.

The plane load came after a move by the US in January, when the Department of Homeland Security removed Samoa from its temporary work visa list alongside Haiti and Belize, barring Samoans from temporary or seasonal work visas.

Though no such visa had been issued to Samoan nationals in the 2016 fiscal year, the move was provoked, the department said, by Samoa's refusing to take back nationals ordered removed from the US.

At the time the chief immigration officer, Agafili Tomaimano Shem Leo, said the government was committed to working closely with the US to facilitate the return of Samoans who had served prison terms for serious criminal offences.

Then, last week, the plane arrived.

But for many of the returnees, Mr Koria said, it would be a struggle. Many of them had been in the United States for many years, and faced a battle to turn their lives around within a Samoan context.

"True rehabilitation is for the Trust to provide support and view each person's potential to be a good citizen," Mr Koria said.

"I think the whole experience was important for the returnees themselves for them to see that there were procedures and mechanisms in place that were in line with their own interests and rights as citizens of Samoa, as brothers of Samoa, fathers and sons of Samoa."

While some in the community would look down on the deportees or view them as potential law enforcement threats our correspondent, Autagavaia Tipi Autagavaia, said, on the whole, most people would welcome them back.

"The good thing is that in Samoa, it is a small place and the support of aiga or family is always there no matter what has occured in the past," said Autagavaia.

Since the Returnees Charitable Trust was set up in 2011 more than 100 deportees - mostly from New Zealand and the United States - have been helped to resettle in Samoa.

Mr Koria said Samoa had strict conditions in accepting deportees, but once there, one of the hardest things for them would be to find work.

"The roles of looking for money and being breadwinners is transferred to mothers or children or other members of the family," said Mr Koria. "The second challenge is the barriers created by stigma, and social isolation."

"A lot of these returnees find that they were not brought up in the social networks that Samoa provides and so they have no cultural bearings, they find it difficult to communicate because the language isn't strong, and so they become isolated and separated."

"They are just very eager to just move on with their lives as anyone else would and our role at the trust is to accommodate them and provide opportunities," he said.

Ten years ago, Vaaimalu Omar Benjamin Toilolo was one of those returnees. When he arrived, he said, there was no such support.

He believed coming back from the US would be a lot harder to adjust to than arriving from Australia or New Zealand, which is why he makes a point of meeting those who arrive from the United States.

"It is always, I guess, a blessing to see other returnees on arrival come to the airport, and after being locked up and having waited so long you have your guards up and you are paranoid about what is going to happen when you are handed off to officials or people in uniform," he said.

Vaaimalu said while the donor funded trust was doing its best, it was in urgent need of more financial support for its programmes.

The returnees have already been released to the care of families.

Their orientation in Samoa begins next week.