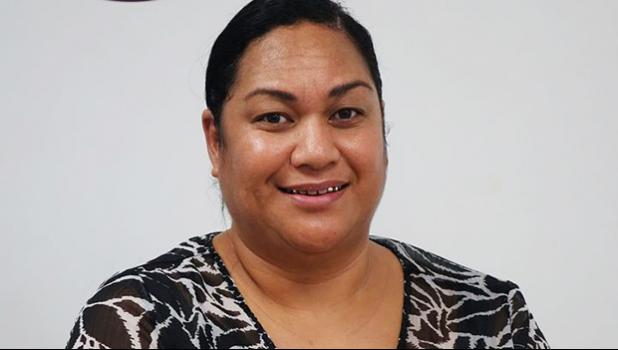 Nuku'alofa, TONGA — As countries across the Pacific implement measures to combat the spread of Covid-19, women's advocates are concerned what it might mean for vulnerable people in violent relationships.

A family advocate in Tonga said the national lockdown and closing of borders had added stress to many households.

Tonga is under a State of Emergency as the government attempted to keep the country Covid-19 free.

Tonga's Women & Children Crisis Centre Director, 'Ofa Guttenbeil Likiliki, said being in confinement could mean those already in violent relationships, could have their situation exacerbated.

She said the community would start to feel the economic crunch of the pandemic measures.

With public gatherings banned and social distancing encouraged, many businesses were seeing a drop in custom.

Seasonal workers were also prevented from getting to jobs as borders across the region were closed to travellers.

"People have lost jobs or have lost access to employment. We also have the situation where the typical house in Tonga, there are a lot of family members living inside that home so the pressure, the stress, the tension that comes with that and being able to feed every member of that household."

Ms Guttenbeil Likiliki said there was also going to be a lot of social issues coming out of the situation.

She said the fact the kava bars were now closed and were banned was also going to present changes to family life.

"Now the father at home, who is accustomed to leaving the house by 7pm, 8pm every night and not returning until everyone is asleep.

"So there's going to be interesting dynamics that are defintely going to contribute to violent tension in the home and we have to stay alert to that and provide counselling and support where we can," said Ms Guttenbeil Likiliki.

To cope with an expected increase in demand, the centre had launched an online portal via social media.

"We know that 62 percent of our nation actual use and are users of Facebook, this is probably the most realistic and best platform for us to use to carry out our services."

The centre already had a free-of-charge hotline people could contact them through as well.

However thanks to a government designation of an essential service, the actual centre offices themselves would remain open during the lockdown and curfew.

"We will still operate the centre branch in Nuku'alofa as well as our branches in 'Eua and Ha'apai with a limited number of staff. We will all be working around the clock just for the physical provision of services, if there is a client who, for example, manages to escape a violent situation at home."

Ms Guttenbeil Likiliki said more than 80 percent of sexual violence of Tonga happened within the home. She said everyone had a responsibility to keep their house and their family safe from both the coronavirus but also from violence of all forms.

Ms Guttenbeil Likiliki's counterpart in Fiji, Shamima Ali, was also worried the Covid-19 outbreak in her country could heighten the risk of gender based violence and abuse.

There were currently 12 cases of the coronavirus in the country which spurred the government into action.

It had restricted movement around the cities of Suva and Lautoka and people were being told to stay home unless conducting absolutely essential business.

Ms Ali, who is coordinator of the Fiji Women's Crisis Centre Coordinator, said enforced isolation could mean victims remained with their abusers and access to help could potentially be cut off.

"There's going to be a lot of tension because people are losing their jobs, a whole of social problems are going to come up, and given women's very, very central role in looking after the family, feeding family and keeping the house clean, it's going to take a toll on them because of the disempowered situation of women in patriarchal societies like ours."

Ms Ali said her staff had been actively reaching out to at-risk communities and she was working with the police to allow restraining orders to be issued over the telephone.

In the meantime she appealed to community leaders to push the message that family violence was not okay.

"This a time when the Pacific culture should kick in of compassion, kindness, sharing, caring for each other and loving each other," she said.

"This is dire times. I would just say to women, we are thinking of you. We are trying to do our best to be able to support you. If you do get access to a phone, keep it charged, and call us whenever you can."