COVID-19 prevention in the Pacific 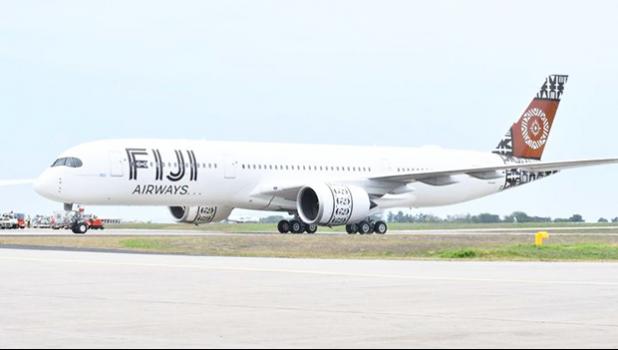 Fiji restricts travel from US, UK and Europe
By
compiled by Samoa News staff

PACIFIC ISLANDS — Countries around the Pacific continue to scramble to implement measures to safeguard citizens from the COVID-19 coronavirus.

Fiji has restricted entry to all travellers from the United States and Europe, including the United Kingdom, because of the Covid-19 pandemic.

Prime Minister Frank Bainimarama has announced that, beginning tomorrow, they will face the same restrictions as visitors from other coronavirus hot-spots and must self-isolate in another country for 14-days.

Further, anyone entering Fiji from any overseas destination will be required to self-isolate for 14 days.

"From midnight tonight our border restrictions on mainland China, Italy, Iran, Spain and South Korea will be extended to foreign nationals who have been present in the United States of America and all of Europe," he said.

"Including the United Kingdom within 14 days of their intended travel to Fiji."

Frank Bainimarama said the new travel restrictions are the strongest and widest-reaching in Fijian history.

There is a single confirmed case of Covid-19 in Lautoka according to Fiji's Health Minister.

Dr Ifereimi Waqainabete confirmed via Twitter that this person had recently returned from travel abroad.

He said the patient had been immediately isolated where he remained under careful medical supervision.

Fijian authorities are trying to locate people who came into contact with the man.

PM Frank Bainimarama has called for calm and urged the public to exercise the necessary precautions.

"The patient in question was identified, isolated and tested Tuesday evening at the Lautoka Hospital," he said.

"The patient remains under close medical supervision and he is in a stable condition. The case was transmitted while he was travelling abroad; there remain zero confirmed cases of local transmission in Fiji."

Mr Bainimarama said the military and police are working with the Ministry of Health to identify those potentially exposed to the virus.

Earlier, the Health Minister Ifereimi Waqainabete had alluded to the prime minister's announcement saying that although there are no locally transmitted cases in Fiji, they are vastly expanding containment measures.

Meanwhile, organisers of the Fiji Marist rugby sevens tournament have cancelled their weekend event, citing a government announcement about the confirmed case.

HAWAI’I MOVES TO STEM THE SPREAD OF CORONAVIRUS

With 14 confirmed COVID19 cases in Hawaii, the state moves to stem the spread closing schools and other public events.  In addition, visitors are urged to stay away from Hawaii for 30-days as the state deals with the virus. Cruise ship passengers and air travelers who chose to travel to Hawaii will undergo more thorough screening efforts.

The state plans to close schools through early April as part of a massive effort to stem the spread of the coronavirus.

Students are currently on spring break, and the state had previously extended their time off by a week ― through March 30.

But now the state said public schools will close entirely, and students “are anticipated to return to school April 7.” Based on lessons from other cities, there are indications that may be overly optimistic.

The Department of Education also announced:

¥    All DOE offices, except those that provide essential services, will close Thursday.
¥
¥    All Education Department employees will be working remotely, and those who need to complete work on campus “will be limited to those tasks" before returning to tele-work.
¥
Some 180,000 students attend public schools in Hawaii under a single statewide district ― one of the biggest in the country.

Places of worship have dramatically altered how they delivered services, with many choosing to go online rather than to encourage people to gather in person. Here’s a look at some of the changes:

¥    The Church of Jesus Christ of Latter-day Saints has canceled all gatherings, including public worship services, until further notice.
¥
¥    Kawaiahao Church has closed its doors to the public and is delivering services online.
¥
¥    Kailua United Methodist Church is now holding worship online only.
¥
¥    Our Savior Lutheran Church in Aiea is also taking its worship services online.
¥
¥    The Catholic Diocese of Honolulu has canceled most large gatherings through the month, including Mass. Sunday services will be live-streamed online.
¥
UNIVERSITY OF HAWAII TO HOLD CLASSES ONLINE

All classes across the University of Hawaii system will be moved online through the remainder of the spring semester, school president David Lassner announced on Wednesday.

Late last week, Lassner initially said the online classes would only continue through April 15 while state officials worked to contain the virus.

But Gov. David Ige issued a sweeping set of new directives on Tuesday ― including a mandate that non-essential state employees work from home, in an effort to prevent further community-spread transmission of the virus ― and Lassner’s decision Wednesday to extend online classes was in response to the new guidance, he said.

2 CRUISE SHIPS TURNED AWAY BY OTHER PORTS HEAD TO HONOLULU

Two cruise ships were headed to Honolulu after being turned away by other ports. There were no positive cases of coronavirus on either vessel, officials said.

The Maasdam, operated by Holland America Line, had its port call canceled in Hilo, Hawaii, and is set to disembark Friday in Honolulu Harbor, state officials said. It has 842 guests and 542 crew members.

Norwegian Cruise Line said one of its vessels that was turned away by Fiji and New Zealand is expected to disembark in Honolulu on Sunday. The Norwegian Jewel, with about 2,000 passengers, refueled in American Samoa but was not allowed to disembark at the Port of Pago Pago.

New measures to seal borders to reduce the spread of the coronavirus have left some cruise ships stranded as local governments deny permission to disembark.

Two vessels were rerouted to Miami after they were turned away from their home port in Puerto Rico, even with no reports of infections. Authorities in Argentina, Chile and Brazil placed ships on quarantine after reports of positive coronavirus tests.

The Cruise Lines International Association said about 40 ships with 90,000 passengers were at sea when President Donald Trump announced a ban last week that restricts travel by many foreigners to the U.S.

RETURNING TONGANS COULD BE QUARANTINED

Tonga's Ministry of Health is to provide Covid-19 quarantine services in country for Tongan nationals returning home from at-risk countries.

Travelers from or transiting through seven coronavirus hotspots, including Australia and the US, have to spend 14-days in self-quarantine outside those countries before entering Tonga.

The chief executive of Health, Siale 'Akau'ola, said provisions had been made to quarantine them in-country.

Dr 'Akau'ola said some people could be isolated at home.

"But those who do not have that environment at home, then we have another place for them here prepared for those who can't be isolated at home."

He said the Taliai Army Camp near Fua'amotu airport had been readied as an isolation center.

As a precautionary measure to the COVID-19 coronavirus pandemic, all schools in Palau will be closed starting on Monday until 3 April.

The government said this was a preventive measure despite Palau being coronavirus -free.

The move was also seen as a response to the public outcry following the Ministry of Education's previous announcement that schools would be open amid the COVID-19 pandemic.

However President Tommy Remengesau Junior did not advocate for a restricted movement order of government employees.

He said government offices would remain open and employees would still need to go to work except when sick.

"Let me emphasize again a very important thing, these are no coronavirus case in Palau, number two, we must continue as a government to do our responsibility and provide our services, and number three, the most important thing is not to quarantine the thousands of people that are healthy but make sure that one person with the flu doesn't come to work and run the risk of infecting the others," Mr Remengesau said.

He urged the public to stay home if they are feeling sick.