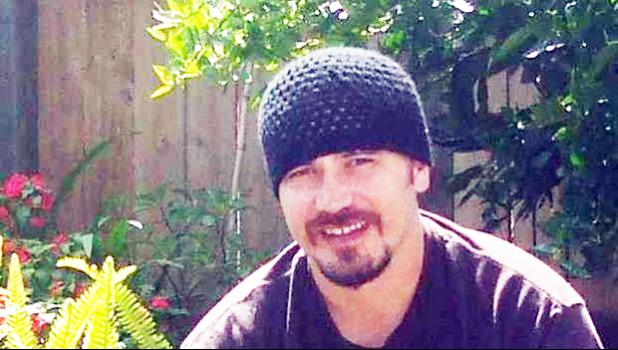 Auckland, NEW ZEALAND — A coroner has been unable to determine how New Zealand man Hans Dalton came to drown in a Samoan prison six and a half years ago.

Mr Dalton - a 38-year-old psychiatric patient - had been holidaying with family when Cyclone Evan struck and he lost his medication.

He was put in a cell in Samoa's Tafa'igata Prison on Christmas Day for his own safety but was found dead - his body face down in a 200-litre water drum, half-submerged in water - the following day, Boxing Day, in 2012.

His family's efforts to find out what happened has been hampered by Samoan authorities, who have refused to help the Coroners Court in New Zealand.

"There has been a lack of information from Samoan authorities, which has severely hampered my inquiry. Considerable effort has been made over these intervening years to obtain the necessary information, but to no avail.

"Not only have my own requests for information been ignored, but the intervention by the Ministry of Foreign Affairs and Trade has also been unsuccessful to date."

An inquest in December was due to hear from psychiatrist Ian Parkin who treated Mr Dalton in Samoa before his death.

But 30 minutes before Dr Parking was called as a key witness, the Attorney General's office in Samoa emailed the coroner to say it preferred he not give evidence.

The inquest heard Mr Dalton's psychiatrist in New Zealand, who has interm name suppression, gave him the all clear to travel to Samoa without consulting its mental health services.

The 38-year-old had been admitted to hospital multiple times between 1995 and 2012, but was in good health when he departed from New Zealand.

It was only in Apia, when water and power were cut during the cyclone, that his behavior deteriorated after he missed a dose of medication.

The coroner's findings stated that he became aggressive and had to be held down by between five and seven police officers to be injected with schizophrenia medication.

On Christmas Day his behaviour got worse and he threatened to kill staff before kicking a door down and running down the road naked.

Out of concern for staff safety, Dr Parkin transferred Mr Dalton to police custody to wait for the injections to take effect.

Coroner Ryan said it appeared police officers checked on him at various times throughout the night, the last check being at 6am on Boxing Day.

Officers ran to the cell when they heard a yell shortly before 7am and found Mr Dalton head-first in the drum with his legs in the air.

In his findings, the coroner ruled out the possibility the man had been killed by Jonathan Chrichton, an inmate he shared a cell with who was charged and later cleared.

"Mr Crichton's conviction for Mr Dalton's death was overturned as the evidence provided to the Court did not substantiate a conviction. Mr Crichton was somewhat diminutive in stature compared to Mr Dalton.

"It appears that around six police officers were required to hold Mr Dalton down when he was administered an injection. This suggests that at least that number of men would be required to forcibly place Mr Dalton in a drum of water."

She said Mr Dalton being forcibly placed upside down in the drum was more likely than him having a heart attack and falling in or deliberately putting himself into the water.

"It is possible that a number of unknown persons entered Mr Dalton's cell early in the morning of 26 December 2012 and forcibly placed him upside down in the drum of water, causing his death by drowning. There are factors which question the likelihood of this scenario, but it remains a possibility," Coroner Ryan said.

The coroner said it was also possible Mr Dalton fell headfirst into the drum while trying to cool off and was unable to extricate himself.

"The evidence on what happened to cause Mr Dalton's death is incomplete and inconclusive, and evenly balanced between the third and fourth possible scenarios. Therefore, the manner of Mr Dalton's death cannot be determined."

He recommended the Auckland District Health Board develop protocols to ensure patients and their families knew the extent of a country's services before travelling overseas.