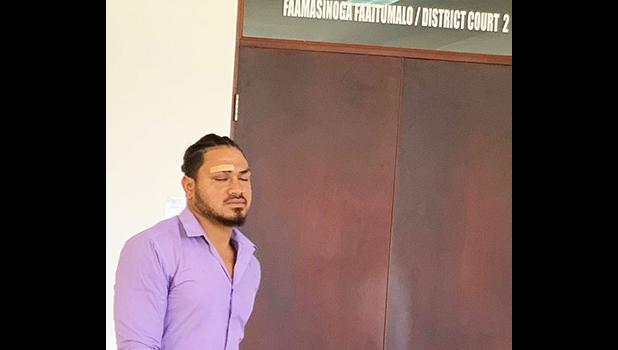 Apia, SAMOA — Promising national rugby 7s player, Siaosi Asofolau, walked away from court during the week with a clean record when he was discharged without conviction on assault charges.

He will, however, have to come up with $600 by next Wednesday at 2.00pm to pay court and prosecution costs.

Asofolau was a member of the national 7s rugby team under contract to the Samoa Rugby Union, SRU.

His contract was terminated due to breaching of terms relating to serious misconduct and a letter of confirmation was presented to the court of contract termination.

Judge Roma in his ruling told Asofolau that even though his contract with the SRU has been terminated, he still got a chance to play for a team in Melbourne Australia next year.

"This is your chance to make it right and be successful in life through your career."

Asofolau ran into trouble with the law when he was involved in an assault at the Ocean Club at Maninoa Siumu in August this year.

No serious injuries occurred to the victim.