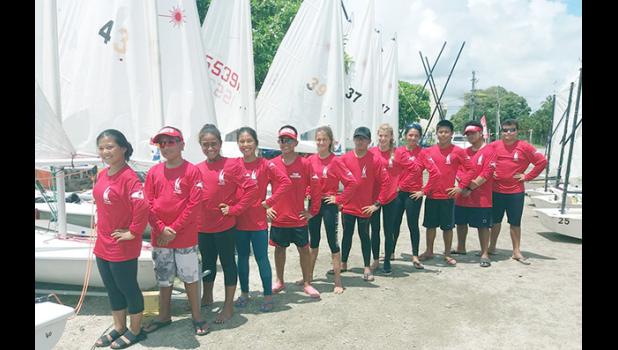 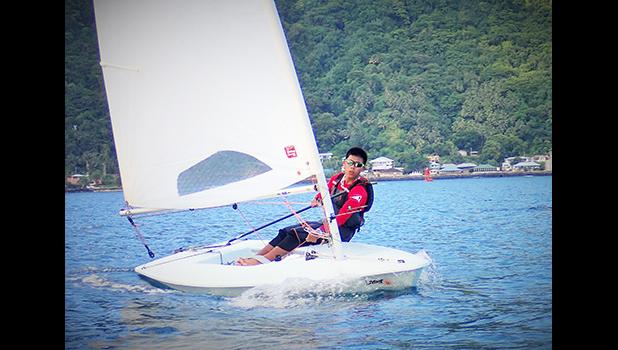 Apia, SAMOA — A team of 13 sailors, 2 coaches, and many parents and supporters from the Sailing Association of American Samoa (SAASI) traveled to Apia this weekend for this year’s Fealofani Cup Regatta. Fifteen-year-old Victor Chen took Gold in the Olympic Class Open Laser event. Victor began training Laser this year and is a strong contender to represent American Samoa in the 2019 Pacific Games.

Pacific Games will also serve as an Olympic qualifier for the Laser class for the Tokyo 2020 Olympics. Coach Matt Erickson said, “It’s a real advantage for our sailors to have an idea of the conditions and the venue for  the Pacific Games. We know what we need to do to be ready for that race.”

The perpetual Fealofani cup is based on overall team scoring in both Optimist and Laser boat classes between the two Samoas in addition to the individual rankings for each class. Unfortunately, Pago failed to defend the Fealofani Cup this year — Pago sailors scored 256 to Apia team's 209.

Sailing Coach Matt Erickson commented, "I am extremely proud of how our sailors preformed in this regatta. They remained patient in the light conditions and heavy tidal current that Apia is known for. Every one of our sailors had a winner’s attitude about the entire experience and I could not be prouder to be the coach of this amazing group of young sailors."

The Fealofani Cup Regatta brings the 2018 racing season to a close for the Optimist Class. Laser Class sailors will continue training and preparing for the upcoming Pacific Games. Learn-to-Sail and Optimist Class Development programs will commence in April 2019.

A big thank you to the 2018 Fealofani Cup SailingTeam Supporter: Pacific Independent Distributors.