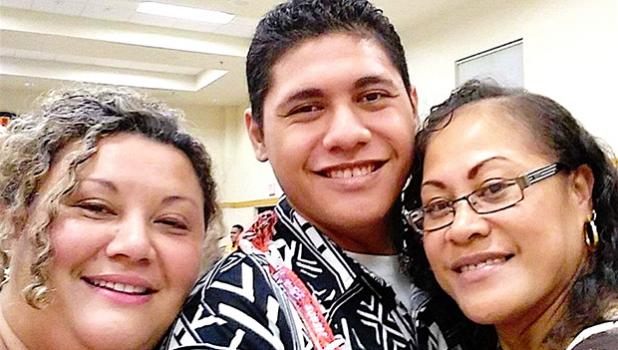 Tanu Sola'ita (center) was one of brave young men and women who took an oath to become "Army Strong" last Friday during a brief swearing-in ceremony at the Konelio Pele US Army Reserve Center in Tafuna.
Sola'ita is a 2017 graduate of Tafuna High School and he is set to depart for basic training at Fort Jackson, South Carolina on June 4th. He is pictured with his proud mama Tapuitea — a former Miss American Samoa — and his Aunty Fale, whose child was also sworn-in that day. [photo: BC]