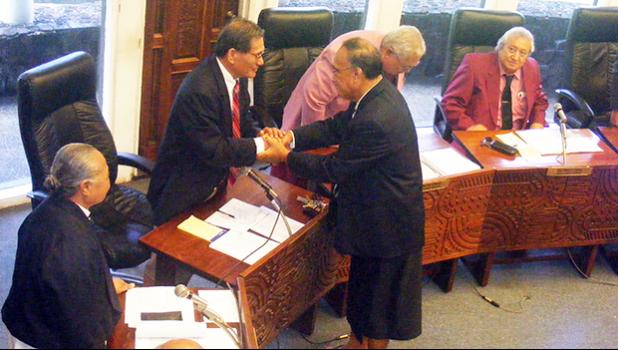 KHJ News has learned that the erroneous transfer of $200,000 occurred earlier this month to a company called Advance Solution Inc., which is a vendor of the DHSS, but apparently the account number the money was sent to, was not the same as the one ‘on record’.

Treasurer Ueligitone Tonumaipe’a is off island and several calls to deputy Treasurer Tina Vaa were not answered.

Two officials in Treasury have confirmed that Treasury wire transferred the $200,000 as a payment to an off island vendor which provides services for the Department of Human and Social Services. However, the account to which the money was wired allegedly does not belong to the vendor.

How did it happen? Apparently, an employee of DHSS was sent an email purporting to be from the vendor asking for payment. The sender provided a bank account number; and the employee forwarded the email to the DHSS finance division; the email then found its way to Treasury with a request to pay.

Treasury later wire transferred the payment of $200,000 to the account number given in the email.

It’s not known how the error was discovered, but KHJ News understands that it took several days before those involved realized the transfer was a mistake.