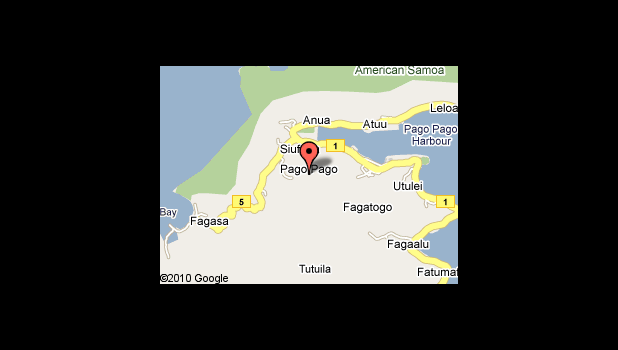 Pago Pago, AMERICAN SAMOA — In what has seem to be a common occurrence in recent weeks — people being released on their own recognizance or placed on probation one day, and arrested the next day or a few days later — Judge Elvis P. Patea is sending a clear message: follow the court's orders or go sit at the TCF.

This past Monday, a young man from Pago Pago who was arrested last week for disturbing the peace — and released on his own recognizance — appeared in District Court after he was picked up for public peace disturbance, third degree assault, trespassing, and criminal contempt.

Bernard Himphill was taken into custody last Thursday and appeared in District Court last Friday after which he was released on his own recognizance by Judge Patea. The very next night, he was arrested again for an altercation at his home in Pago.

When he appeared for the new matter on Monday, Himphill entered a 'not guilty' plea but Judge Patea revoked his release, remanding him to custody with bail set at $500.

That same bail amount is set for Himphill's co-defendant Geraldine Maiava, who is charged with public peace disturbance, underage consumption of alcohol, and interfering with an arrest.

The court noted that Maiava was placed on probation less than 2 weeks prior.

Both defendants are represented by Public Defender Michael White while prosecuting the case is Assistant Attorney General Jason Mitchell.

Prior to the start of Monday's court proceedings, Judge Patea reiterated that the four standard conditions of release — whether it be 'on recognizance' (O.R.) or bond — are: to remain law abiding, make all court appearances, stay in close contact with attorneys, and not leave or attempt to leave the territory without prior permission from the court.

He noted that additional conditions could be set, depending on the matter.

According to the government's case, last Thursday, March 9, a witness contacted police to report a fight at the Himphill residence in Pago Pago.

When cops arrived, according to the criminal complaint, they observed Maiava holding Himphill who was allegedly out of control at the time. An off duty officer, who is defendant Himphill's sister, told the responding officers that she "wants to remove her brother Bernard from her house because he was so drunk at the time" and he has a "restraining order" for that house.

Bystanders told police that Himphill was yelling Samoan war cries (fa'aumu) around the house. Police claim they "tried to apprehend" Himphill because he was "being aggressive" but Maiava kept holding him back and yelling, "that's my homie".

Himphill was "forcibly taken away" by one of the officers but Maiava allegedly kept trying to pull him towards her, telling the cops, "no, you are not taking my homie," hence, interfering with an arrest.

When Himphill was finally able to break free of Maiava, a cop attempted to grab his arm but that's when Himphill allegedly "fled the scene."

The officer ran after the defendant but was stopped by an off duty officer who lives around the area, according to the court affidavit.

The officer was able to get to Himphill but when he tried to arrest him, the defendant allegedly resisted but was eventually handcuffed and placed in a police unit for transport to the police station for questioning.

Police claim that Himphill was intoxicated, as they could smell alcohol emitting from his breath. Himphill's sister, an off duty cop, allegedly told investigators that her brother had punched someone but luckily, she was there to stop him from doing anything else.

When police questioned co-defendant Maiava, they could smell alcohol emitting from her breath. It was discovered that she is only 19 years old.

In the criminal complaint, police note that both defendants have criminal records.

The two are set for pretrial conference on April 23.