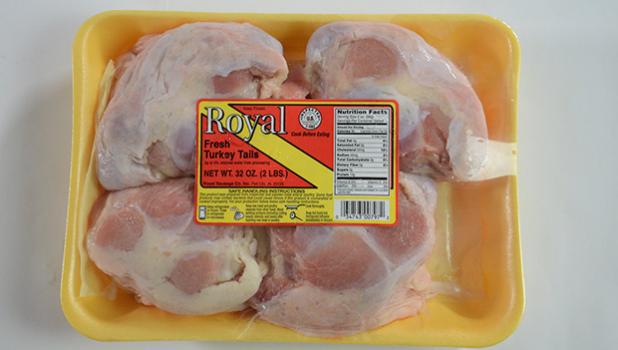 Pago Pago, AMERICAN SAMOA — Despite the negative health impact from eating turkey tails, Samoans’ love of this food item, and their continued purchase of it, has resulted in another price increase in June, according to the latest American Samoa Basic Food Index (BFI) prepared by the local Commerce Department.

For the month of May the hike in turkey tail prices was 8% due to a lot of export of the product to Samoa. For the same month, May, the BFI recorded an almost 18% increase in the cost of imported taro after the ban was lifted.

DOC released on July 10 the BFI for the month of June saying that the cost of turkey tails “continues to rise by 9%, having the greatest month-to-month price increase while the cost of taro dropped by 5.8% in June.”

The continuing hike in turkey tail prices didn’t come as a surprise to some of the stores contacted by Samoa News for comments in the last two days.

“June was not only Father Days but graduation season and that boosts sales as people were buying lots of turkey tails as well as chicken — especially chicken legs for parties and celebrations,” said a senior official for a wholesaler who asked not be identified by name.

A representative for another big store, agreed adding that celebrations for May and June also resulted in a lot of sale for pork spare ribs, and that means prices go up.

Of interest is that some people contacted Samoa News early this week, saying that they noticed “a funny” issue-of-interest before the departure last week of the MV Lady Naomi to Apia, as there were “many cases” of turkey tails sitting on the inter island dock ready for loading on the ferry to Samoa.

Two people claimed the cases of turkey tails are being taken to Samoa by local residents attending the annual Methodist Church conference held this week in Apia.

ASG officials also told Samoa News that the drop in taro prices is due to the market now flooded with taro.

For the BFI in June, the DOC reported that chicken legs registered a 2.4% increase along with pork spare ribs and fresh milk at 2%. According to DOC, other food items that had average price increases are fresh fish, ice, ice cream and mayonnaise.

However, there was a sight decrease of 0.2% recorded for butter, said DOC, noting seven major food outlets were selected for this monthly survey.