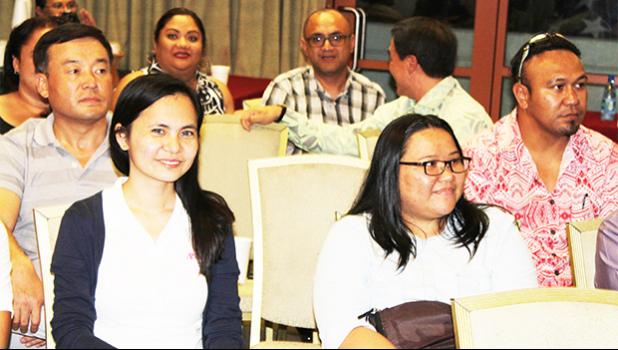 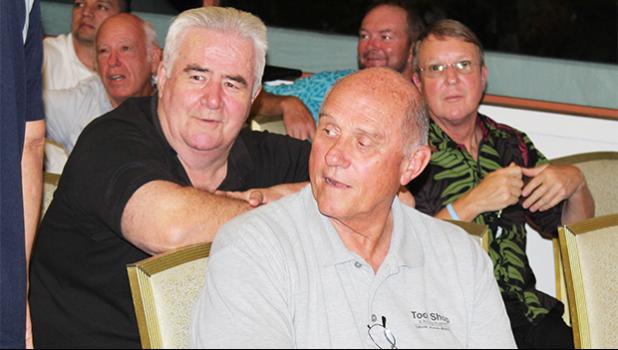 In his presentation Wednesday night at the Chamber of Commerce general membership meeting regarding the Administration's proposed revenue measures submitted to the Fono, the ASG Revenue Task Force chairman, Attorney General Talauega Eleasalo Ale said the “honest truth is” that ASG’s monthly expenditures of $10million, exceed its monthly collections of around $7 million.

He also noted the scope of their work was to generate revenue, not look at cutting back and controlling ASG expenses, which he identified as the second component of the equation to ASG’s financial problems. Talauega said it is their “hope that at some point” this part of the equation “will equal out.”

Prior to Talauega’s presentation, Chamber chairman Taotasi Archie Soliai explained that the Board has already met with the task force on the proposed revenue measures, which include new taxes and the repeal of some current taxes.

However, Taotasi said that it was also important for business members to hear directly from the task force, as each business will be affected by the government’s proposals.

Talauega first explained that this project, which is an initiative of Gov. Lolo Matalasi Moliga, commenced late last year and most of this year, “in trying to understand the background on the forces that affect the ability of the government to operate and to pay your invoices.”

He said ASG is a big part of a lot of local businesses, but “unfortunately the government isn’t able to pay your invoices on time.” He believes this is the first time in a while that the government has begun governing itself, by taking a “deep look at our finances and to try to be honest on what we do as a government.”

“And the honest truth is, the government spends about $10 million a month. There’s a lot of ways you can try to skin that cat and try to say ‘no, it’s $7 million’,” Talauega said. “The reality is every month $10 million goes out. And every month, if we’re lucky, we’re collecting $6.5 million to $7 million.”

He told Chamber members, “Those numbers don’t lie. That’s the reality of where we live. There’s no way, no form of accounting procedure that you can do to hide that,” adding that at the end of the day, “somebody is not going to get paid.”

The task force chair said he is sure that “a lot of people” at the meeting “have had that experience.”

Talauega then explained that at the governor’s request, a number of cabinet directors, including the Treasurer and the Commerce director, “We thought it was about time that we sit down and take a hard look at this. We wanted to have a full look at the ability of the government, and that includes the ability to look at the services and eliminate services that are not needed.

“Unfortunately, the scope of this task force was limited to revenue generation,” he said. “We understand that there’s a component of this that needs to be taken into account,” and the proposals made, “is with the understanding that at some point the other part of the equation will equal out and that is, controlling the spending, controlling the workforce, controlling a lot of the un-budgeted spending that happens within the government.”

Regarding the proposed revenue measures, Talauega pointed out that “there’s some give and some takes. We’re going to propose to give back some of the money by eliminating certain taxes and we’re going to ask to have additional taxes... so that we’re able to finance the government.”

According to him, “We listened very carefully through the years to the public and the Chamber on what seems to be annoyances. One of the issues that comes out is [the] excise tax. We understand that. Here we are trying to force you to pay us money before you even have the ability to try to sell that.”

So the task force looked at that and “we’ve come up with ways to make some concessions and some agreement to make things better, to create an environment for businesses to grow,” Talauega continued.

For example, the task force looked at the 2% wage tax and tax table for individuals. “So all of these things were taken into consideration and this is where we’re at,” he said, and noted that “we’re proposing a multi-year plan that’ll include amendments to existing laws, we’re going to propose new laws to generate new income and then we’ll do a repeal of certain laws.”

Talauega went on to detail proposals to repeal current laws, reform others and propose new ones — which are the same ones that Talauega made during the task force presentation to the Fono leaders and some lawmakers last month. (Samoa News has already reported on the details of these proposed laws.)

During his presentation to the Chamber, Talauega stressed that the proposed revenue measures the task force put together are the governor’s proposals, and have been submitted to the Fono which “will now do its job of investigating and determining whether these are good or bad proposals.”

To Chamber members, he said, “You should feel free to participate in this process by talking to your legislator, or having a position of the Chamber to be [made] known to the Legislature on what you think about these proposals.”

Talauega continued, “We have taken the time to study and come out with these [proposals],” adding that the proposals look good, and “it looks like, we can handle it and we’ll be able to survive the current condition we’re in. So we feel comfortable about it. The governor feels comfortable about these proposals.”

“But again, we live in a democratic society, where you all — as members of this island — have an opportunity to comment and make your opinions known about what the government is doing,” he added.

The Chamber is holding another meeting in two weeks to discuss comments and feedback from members to the government’s proposed revenue measures.

Samoa News will report on Chamber questions and other issues in Monday’s edition.