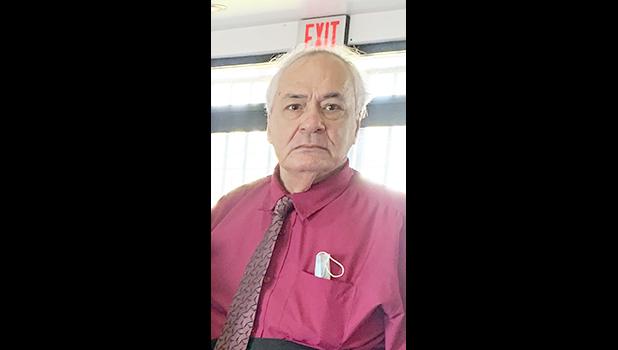 Pago Pago, AMERICAN SAMOA — Chief Election Officer Uiagalelei Lealofi has called a special meeting for adult residents of Swains Island to select its non-voting Delegate to the local House of Representatives.  Uiagalelei issued the public notice late last week, saying that the open meeting will be on Tuesday, Oct. 25 at the Election Office in Tafuna at 4:30p.m.

As in previous election years, the Chief Election Officer calls the open meeting for Swains Islanders to select a delegate. And he along with Election Office officials are on hand as observers as well as to answer questions, while the entire selection process is conducted by Swain Islanders, who select one person to lead the discussion that includes opening the floor to possible candidates for office.

The winner, who is voted on by adult residents in the meeting, will be announced prior to the conclusion of the gathering and is one of the first unofficial results prior to Election Day on Nov. 08. The other unofficial results are the five current elected- faipule, who are incumbents from their respective districts and running unopposed in the midterm election.

According to the local Constitution, adult permanent residents of Swains Island who are U.S nationals may elect at an open meeting a delegate to the House of Representatives who shall have all the privileges of a member of the House except the right to vote.

Current Swains Island Rep. Su’a Alexander Eli Jennings told Samoa News over the weekend that he plans to seek another two-year term in office and will explain his reasons at the special meeting.

“I’m available to serve once again if that’s the wishes of the people of Swains,” Rep. Su’a said in a brief phone interview, adding that this is a very important time for Swains Island and its status with the American Samoa Government.

He was referring to one of the proposed amendments to the Constitution on the referendum for the Nov. 08 election, which gives the delegate from Swains Island the right to vote in the House.

The Delegate currently can vote in committee but not on the House floor where final decisions are voted on.

Rep. Su’a is spearheading a public awareness campaign on the Swains Island amendment, with full paid advertisements in the past weeks published in Samoa News and he also making rounds on local radio stations talking about Swains and the proposed amendment.

Published campaign information states in part that the only voice Swains Island has had for sixty some years in the American Samoan Government, is a non-voting Delegate in the House of Representatives.

“This political arrangement has greatly contributed to the deteriorating state of Swains Island today,” it says.  “Residents are forced to vacate their homes due to the lack of transportation, communication, and basic infrastructure to sustain life.”

Additionally, the Swains Island’s language, culture, traditions, and customary practices have all but vanished from the Territory of American Samoa.