Site of the new Fono Building continues to be ’silent’ 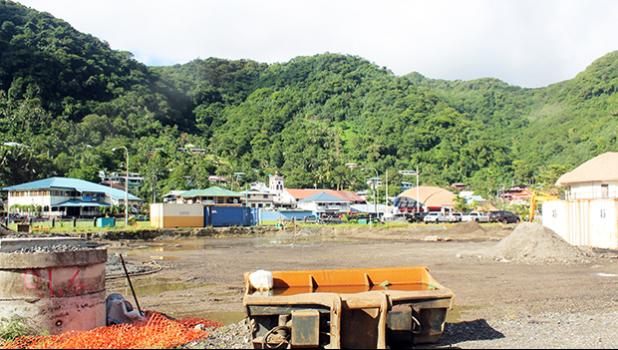 Pago Pago, AMERICAN SAMOA — This Samoa News photo taken yesterday morning, shows the status of the yet to be constructed new two-story Fono building in Fagatogo. This large area is usually filled with water, during times of heavy rain.

It remains unclear as to when actual construction work on the structure will start.

As previously reported by Samoa News, construction of the multimillion dollar Fono building was put on hold since late 2018, following concerns raised by FEMA that the structure is being built in a flood zone (VE Zone) and that “all new construction in this flood zone must be built using post and pier construction to elevate the lowest floor Base Floor Elevation (BFE), with no obstructions under the building.”
[photo: FS]