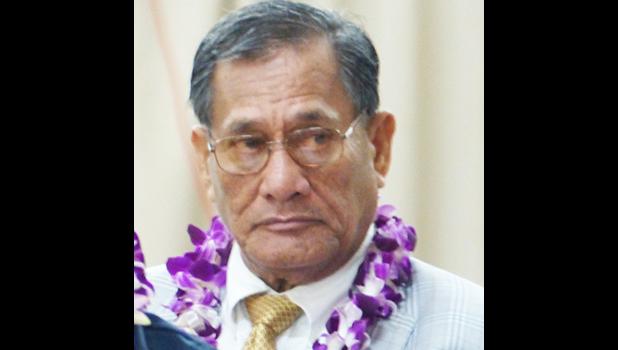 Pago Pago, AMERICAN SAMOA — The Senate yesterday approved in final reading an administration bill, which outlines the distribution of the more than $2 million of American Samoa’s share of the $6.5 million settlement between the federal government and StarKist Co., and its local operations StarKist Samoa.

One concern raised by some senators is the allocation of $1.5 million for the construction of the Malaloa Dock, if such a project is in accordance with how the money is to be spent and agreed to by the federal government.

Committee chairman Magalei Logovi’i questioned the connection between a dock project and penalty paid by StarKist, which was accused of violating environmental laws in Pago Pago harbor.

He asked if it’s appropriate to allocate this money for a dock construction. Magalei said he raised this same question American Samoa Environmental Protection Agency director, Ameko Pato prior to his death over the weekend.

Talauega said the governor had appointed a panel to provide recommendations on how this money was to be used and these recommendations are in the proposed law. He also said that to his understanding during negotiations with federal officials the use of the money for the dock is appropriate as it applies to the protection of local waters.

He said the dock will be used to anchor vessels, who would otherwise anchor inside the harbor and may discharge waste into the ocean without anyone’s knowledge. With vessel dock at Malaloa, the government can better monitored them, he said, adding that there is also lack of docking space at the main port when there are many vessels in town.

Magalei said the question remains if its a legal use of this money for such a construction project, to which Talauega responded, there is “nothing illegal” with the projects included in the bill.

The committee chairman cautioned the government to ensure that this money is spent in accordance with the agreement with the feds, because he is concerned with ASG having to repay it for non-compliance.