Proposed tax changes result in verbal exchange in the House 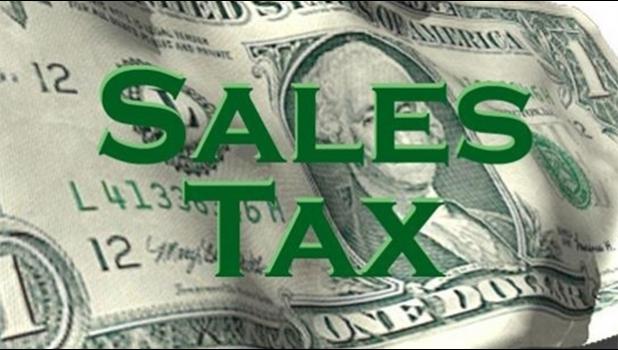 Rep. Ve'evalu: Don't make us feel good… Call it what it is
By
Fili Sagapolutele
fili@samoanews.com

Rep. Ve’evalu Meauta Mageo appears to take issue with the ASG Revenue Task Force's continued claims that proposed changes to current tax laws, as well as the repeal of some current tax laws, will give something back to the people.

During the task force presentation to Fono leaders and some lawmakers last month, Attorney General Talauega Eleasalo Ale, who is also the task force chairman, explained that the proposed changes to current tax law, include tax relief — returning money to the hands of the consumers — as well as providing additional revenue for the government.

Talauega made similar comments during the task force presentation to the Chamber of Commerce earlier this month, and this was echoed by task force officials at the start of last week’s House Ways and Means Committee hearing to review the tax bill, which includes a repeal of the 5% excise tax and changes the way imported beer is taxed.

At the outset of the nearly 90-minute committee hearing Tuesday, some lawmakers suggested that thorough discussions between the task force and the private sector should be carried out.

“The private sector should be given sufficient time to voice their opinions, and the task force to take their recommendations,” said lawmakers, to which ASG Treasurer Uelinitone Tonumaipe’a responded that the task force met with the Chamber of Chamber three times on the tax proposals.

During the House committee hearing, the majority of the questions targeted the change ASG is proposing on taxing imported beer — instead of 190% valuation of the alcohol, it's 35-cents per 12 ounces, or 35-cents per can of beer.

Both Tonumaipe’a, who is also vice chair of the task force, and Deputy Treasurer for Revenue, Keith Gebauer told lawmakers that the government is not expecting to collect a large amount of new revenues under the proposed change to the beer tax.

This prompted more questions from lawmakers, who argued that it does not make sense for the government to want to collect additional revenues, when the new way of taxing beer will not bring in new money.

Tonumaipe’a and Gebauer maintained that this new change is to “level the playing field” for all importers.

Ve’evalu raised many pointed questions on the beer tax during an exchange with Gebauer, who is also a staffer with the task force and current Acting Chief of Customs.

Like other committee members, Ve’evalu argued that the proposed way of taxing imported beer will hurt consumers, especially those who are non-prime beer drinkers, who can only afford the low retail cost of beer — some of which is sold at $1.

“The majority of our consumers in American Samoa, are non-premier [beer] drinkers,” said Ve’evalu, who shared his experiences as a beer drinker for many years, saying it's the “everyday guy that mows the lawn” and other hard workers who are non-premier beer drinkers, who will be affected by the proposed change.

He questioned why the government would change the way imported beer tax if it’s not expected to collect more revenues.

“We try to take a comprehensive approach,” said Gebauer, who went on an elaborate explanation and a lengthy response that resulted in House Budget and Appropriations Committee chairman Rep. Vailiuama Steve Leasiolagi interjecting, “Keith, just give a direct answer to the question.”

Gebauer replied, “I’m not sure how else to answer your question,” except that “we are agreeing with you, that [the proposal] doesn’t yield additional dollars at 35-cents; but the point of it is to keep all the sin taxes on a unit basis.”

Ve’evalu interjected quickly, “Please, from here on out, if I hear one more from the task force that you’re giving money back to the community, by taking away the 2% [wage tax], but then you tax us 7% [sales tax]... Come on now.”

He said that while the 2% wage tax is repealed, according to provisions of the sales tax, consumers are still going to pay a higher tax — through the sales tax.

Gebauer responded, “I’m not trying to make you feel good. I’m just trying to tell you, the proposal and the comprehensive...”

Ve’evalu interjected again, “I understand the proposal, but you’re trying to make us feel good, in that you’re giving money back to the consumer. But then you turn around and take that money back, and then some.”

“Like I said, I have nothing against these [revenue] measures. I just wish it was well prepared, prior to arriving at this point,” said Ve’evalu, whose argument was also acknowledged privately to Samoa News by other committee members.

Some business representatives have shared the same sentiments with Samoa News, questioning the task force’s “give back to the consumer” speech, repealing certain tax laws, but at the same time, proposing a huge 7% sales tax and a new tax on non-carbonated sugary drinks. Additionally, they point to the proposed hike in fees and charges at the Port, saying this will be passed on to consumers, and will result in even higher costs of goods.