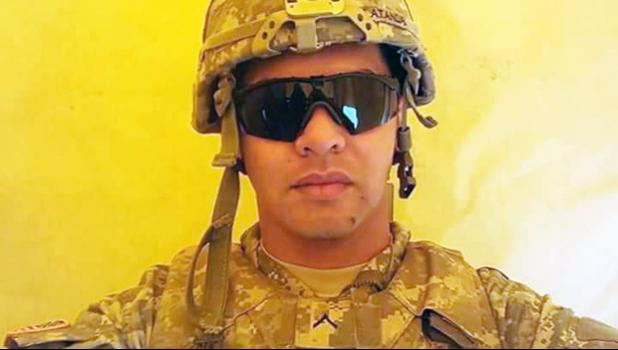 The people of American Samoa are being asked to come together and pray for a Toa o Samoa, US Army Private First Class (PFC) Aukuso Kiliona Atanoa Jr.

The 22-year-old soldier from Pago Pago is fighting for his life at the Walter Reed Medical Center, a military hospital facility on the East Coast.

Samoa News has yet to confirm why Atanoa Jr. has been hospitalized; but family members in the territory told Samoa News that his symptoms started after he returned home from deployment.

Atanoa Jr's parents’ Kiliona and Hana have traveled off island to be by their son's side.

News of the soldier's condition has spread like wildfire on social media, with family members and friends — both near and far — calling for everyone to say a prayer for the young Toa o Samoa.

Congresswoman Aumua Amata has visited the soldier and spent time with him. "We thank him for his awesome service to our Nation, and I am grateful to the excellent military doctors, nurses, and staff for all they are doing — they are the best," the Congresswoman wrote.

She continued, "Prayer is powerful, so please pray for him or pause for a moment of silence to think about Aukuso Kiliona Atanoa Jr., a son of Samoa, today."

Aukuso's friends have posted similar messages, encouraging him to stay strong and fight, with the Aeto spirit.

"Kamaiki ole Aeto, e le down," said one of the posts. "Wake up now, and come home," said another.

Dozens of messages with comforting words are pouring in everyday for the young soldier who remains hospitalized thousands of miles away from home.