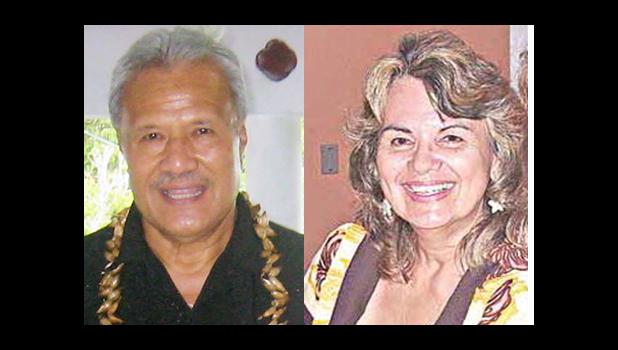 Peseta UTA — The Secretary of Samoan Affairs Paramount Chief Mauga and American Samoa’s very own songwriter, musician, and recording artist Mary Anderson will perform tonight during the Samoan Gospel Homecoming Singers pre-Thanksgiving concert. They are among the local favorite singers who have been invited to share their gift of singing. Local artists who join the Homecoming Singers as guest artists include Rachel Tilo Le’iato, Fa’i Mareko, the Afalava Family, and Dr. Rev. John Mailo.

The Homecoming Singers usually sponsor two main concerts throughout the year — the annual Thanksgiving and Easter concerts. The group last performed in Samoa in July during the 20th World Fellowship of the Samoan Assemblies of God.

Poe Mageo, music director, will provide the opening remarks while Rev. Dr. Paloto Mageo of CCCJS Pago Pago and producer of the Na’o Se Faamanatu radio program will lead the audience in praise and worship. Mageo will also provide the final exhortation and closing prayer. Prelude music will be provided by the Door of Faith Worship Team of the Fagatogo Full-Gospel Church under the leadership of Pastor Auina To’oto’o.

The only instrumental in the concert will be “It is Well with My Soul” (P. Bliss), whereby violinist Vincent Smith of Pago Pago will perform solo, accompanied by the Strings of Psalms.

This year the group has decided to feature songs which promote the importance of family.

Songs such as ‘Getting Used to the Family of God,’ (Gaither) and ‘Alofa i Ou Tuaoi’ (S. Kurene) will be featured. ‘Me and My House,’ a song made famous by the Heritage Singers and The Katinas in the late 80s, will be the theme song.

Incumbents and candidates running for the upcoming election will be among the VIPs, as well as ministers and local church members are also invited to attend.

The concert starts at 6:00 p.m. at the Gov. H. Rex Lee Auditorium. Admission is free.