“One Man’s Trash is Another Man’s Treasure” 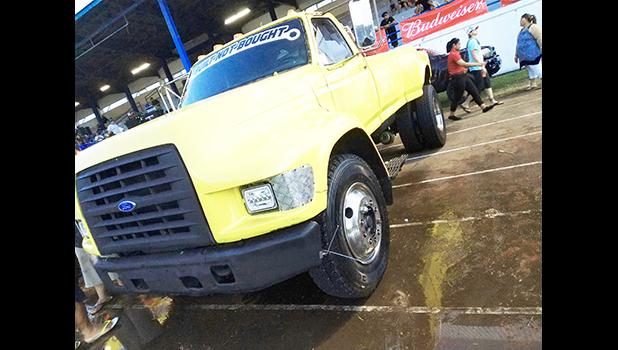 Pago Pago, AMERICAN SAMOA — Titifalaula Siaumau is the owner of this rebuilt yellow truck, nicknamed “BumbleBee” after one of the renowned Transformers. While it didn’t win First Prize, Titi’s wife, family & friends are proud of the work he did, saying “Your project was beyond perfect! We’re all so proud of you!”

He entered his creation in the 2020 Car Show — “Built not Bought” that was held on Veterans Day at the Veterans Memorial Stadium, sponsored by SOPAC and hosted by brothers, Tim & Myers Teleso.

According to BumbleBee’s owner, he got the original truck — it was an old bucket truck — considered trash by ASTCA — a few years back and he transformed it just for the car show. He said, “Most people doubted me and asked if I was going crazy with what I was doing. All along it was stressful and it took most of my time; but with the help of few of my friends & family, I was able to put it all together in the end.”

“It wasn't an easy job. It was all effort and perseverance. I had a banner that day at the stadium in front of my truck “One man's trash is another man's treasure" telling the story about my truck, as well as my "Built not Bought" sticker on the windshield.”

(Samoa News welcomes community-based news from our readers in the spirit of our service to American Samoa.)