Would you support the Fono revisiting American Samoa drug laws in relation to marijuana (THC) and CBD?
Yes to both marijuana and CBD
69%
No to both
17%
Yes to marijuana, No to CBD
7%
Yes to CBD, No to marijuana
7%
Total votes: 789
Home 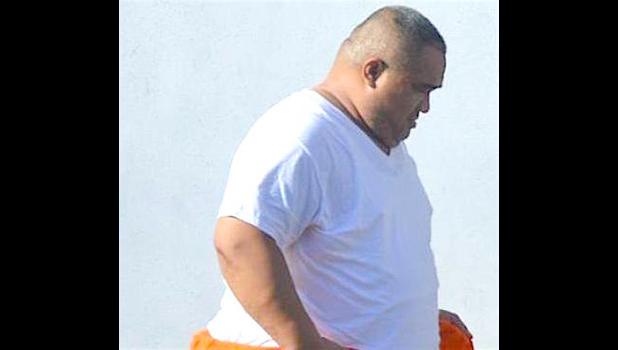 Pago Pago, AMERICAN SAMOA — One of the four former DPS officer for the Juvenile Detention Center (JDC), was sentenced by the High Court to 27 year imprisonment after being found guilty of illegal activities and misconduct at the JDC 2 years ago.

The 40-year-old, who was a DPS officer for 6 years was represented by private attorney, Richard deSaulles of the RDA Law Firm, the attorney that was appointed by Chief Justice Michael Kruse to represent him throughout his court proceedings. Prosecuting the case was Assistant Attorney General Christy Dunn.

When given the chance to address the court, Alo apologized for his actions and immediately begged for a second chance to be with his family. He apologized to the government of American Samoa, his family especially to all the victims that were affected by his actions.

He stated to the court that as a father and a sworn police officer, he believed that he failed to fulfill all of his responsibilities in life because of the poor decision he made. He also missed a significant amount of time that he should spend with his family, because he’s in custody for his crime.

“I’m truly remorseful for my actions and I know what I did was wrong. I ask for a second chance so that I can go back home and be with my family,” Alo told the court.

deSaulles told the court that his client has accepted his actions and takes full responsibility for what he did. He noted that everything began to go wrong for his client when he started using drugs in the middle of 2016. That’s when he made poor decisions and got up caught up in a culture of corruption at the JDC.

He then asked the court for a sentence to allow his client to be reunited with his family again, because he takes full responsibility for his actions.

Kruse immediately asked deSaulles how his client took full responsibility for his action, since his first case was a jury trial. He responded, “Yes your honor.”

Alo, who has been in custody under a $200,000 bond since his arrest has spent 19 months in TCF awaiting his sentencing.

The Prosecutor did not ask for a specific sentence, but left it up to the court’s discretion.

Dunn responded, saying that the sentence must reflect that officers at the JDC need to fulfill their duty, because once they have failed, then they destroy the young lives of these children.

Kruse smiled and said, “We are going to deliberate on the sentence but we still don’t know what the government wants.”

The CJ also stated that the court wants to hear submissions from the government’s attorney regarding the mandatory sentence in drugs law.

In delivering the court’s decision, Kruse stated each charge for which the defendant was convicted, along with the term of imprisonment and fine as stated by statue.

In the first case, Alo was convicted pursuant to jury verdict with 3 counts of endangering the welfare of a child, each charge punishable by up to one year imprisonment and a fine of up to $1,000. He was also found guilty of one count of unlawful possession of methamphetamine, and one count of unlawful distribution of methamphetamine, both are unclassified felonies, each charge punishable by a term of imprisonment of not less than 5 years and not more than 10 years, and a fine of not less than $5,000 and not more than $20,000.

Finally, he was also found guilty of 2 counts of permitting escape, both class D felonies punishable by a term of imprisonment of not more than 5 years and a fine of up to $5,000, or both.

Moreover, in case number #38-17, the defendant, pursuant to a plea agreement with the government, pled guilty to one count of deviate sexual assault, a class C felony, punishable by a term of imprisonment of not more than 7 years and a fine of up to $5,000, or both.

Kruse stated that the court would not go any further into the facts of the case, because the underlining facts of the case are well known to both parties. All the court wanted to point out was the fact that all the victims in the defendant’s actions were young children who were ordered by the court to be detained at the JDC so that they could redeem themselves and learn how to restart a new chapter in life. However, the defendant in his failure to fulfill his duty took advantage of these young children and used them to perform illegal activities.

Here is the sentence of the court for Alo’s first case:

For the 3 counts of endangering the welfare of a child, the defendant was sentenced to a term of imprisonment of one year for each count.

For the crime of unlawful possession of methamphetamine, the defendant was sentenced to a term of imprisonment of 10 years.

For the crime of unlawful distribution of methamphetamine, the defendant was sentenced to a term of imprisonment of 20 years.

For the two counts of permitting escape, the defendant was sentenced to a term of imprisonment of 7 years each.

All terms of imprisonment in the defendant’s first case will be served concurrently, which means, he will only serve 20 years.

During a preliminary examination (PX) last May, the government accused Alo of having sexual contact with 4 female detainees at the JDC.

As previously reported by Samoa News, Alo was initially charged with 35 counts in connection with alleged illegal activities he was involved in at the JDC between April and November 2017.

Of the total counts, 28 were felonies including 12 counts related to sexual acts against two female minors. But the 12 counts, including several counts of rape, were later dismissed in District Court due to lack of evidence.

In the beginning of May 2017, the government moved to re-file the case against Alo.

The lead detective testified that two female juveniles were in JDC custody between May and August 2017, one was 14 years old and the other was 15 years old. Both victims were housed in the same room and each of their statements about sexual contact with Alo supported each other’s.

The three charges against Alo are in connection with Victim #4, while charges relating to Victim #1 were dismissed by the court, due to the lack of probable cause.

An investigator interviewed Victim #1 but the government wasn’t able to provide proof of the dates and times that Alo allegedly had sexual contact with her.