No more wage tax, but likewise, no tobacco tax funds for LBJ 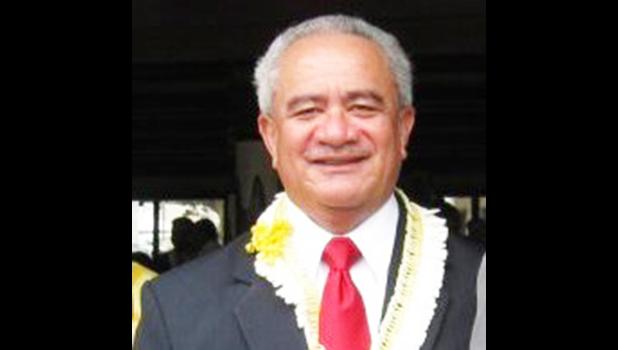 Pago Pago, AMERICAN SAMOA — LBJ Medical Center will no longer receive any specific “earmarked” funding under with the elimination of the 2% wage tax, while the tobacco excise tax will hike by 3 cents under the final language of a Senate bill approved by the majority of the Fono Conference Committee last Saturday.

However, Sen. Togiola T.A. Tulafono — when the committee’ report was presented to the Senate during its session on Saturday — maintained his opposition to the final decision, saying that the final language of the bill leaves the only hospital in the territory without any specific earmarked government financial support that it needs to provide health care to the territory.

The original Senate approved bill called to reduce the 2% wage tax to 1% and increases the tobacco tax by 3 cents — with 3% of all revenues collected under this hike earmarked for the hospital.

However, the House amended the bill taking out the wage tax — or repealing it all together, while the increase in the tobacco tax goes to the general fund. The Senate rejected the amendments resulting in the conference committee held at 7:30a.m. last Saturday at the Senate chamber.

Sen. Magalei Logovi’i, who sponsored the bill, told the hearing that many senators wanted to repeal the entire wage tax and it wasn’t an easy task for the Senate to reach a decision to maintain 1% of the wage tax so there are funds earmarked for LBJ and this is the same intention for the hike in the tobacco tax to ensure there is financial support for the hospital.

He reminded lawmakers that 11% of the tobacco tax is already specifically earmarked for the American Samoa Community College, ensuring that there is solid financial support for the college.

As background information, Samoa News notes that the 11% earmarked for the college was enacted into law in 2018 based on legislation from the Lolo Administration, to provide a “secure, earmarked funding” for the college.

While ASCC along with LBJ has been awarded an annual ASG subsidy, in the past years, the ASG Treasurer had testified many times before the Fono that only when there is sufficient revenues in the ASG coffer would they send subsidies to these two authorities. According to ASG officials, payroll becomes a priority for the government, when it comes time to decide on what expenditures to pay while the subsidies for LBJ and ASCC are paid when there is available money.

During the conference committee, Magalei — a former ASG Treasurer — pointed out that the priority in government is payroll to be paid from the general fund, and if there isn’t sufficient revenue, the hospital and other authorities don’t get any subsidies from the government.

And this is the reason, said Magalei, that the specific earmark was made in the bill for LBJ ensuring 3% of all tobacco tax collected goes to the hospital.

To move the conference committee forward, Magalei offered a compromise — to accept the House amendment of taking out the entire wage tax and keep the 3 cent tobacco tax increase with 3% of all revenues earmarked for the hospital, instead of the general fund as proposed by the House.

Magalei also said that repealing the wage tax lessens the burden on ASG workers, who are affected by the governor’s roll-back of salaries — as of Jan. 1, 2019.

Togiola also agreed and moved to adopt the compromise offered by Magalei, saying that the hospital, which provides health care for American Samoa needs the financial assistance. As to the House argument that the Treasurer can appropriate revenues collected from the tobacco tax, Togiola said there is no guarantee that LBJ will get any of this money, unless it’s specifically earmarked for the hospital.

Other senators also spoke in support of the compromise but Savali — speaking on behalf of House members — maintained the House position and reiterated that the House had carried out research and review before making its decision.

That statement didn’t sit well with some senators, who fired back saying that Savali’s statement gives the impression that the Senate didn’t do any work on reaching a final decision on the bill. Instead, the senators pointed out that the Senate held two hearings and also conducted research and review.

With the House Speaker maintaining his position, Malaepule — the ever so outspoken Manu’a senator who had clashed with the Speaker earlier on in the meeting — fired back saying that if the House disagrees with the compromise or the Senate bill, than the House should “propose your own bill.”

In the end the majority, voted 15-yes, to accept the House amendments, to the 12 who voted no. Not every lawmaker who attended the conference committee voted.

When the conference committee report was presented to senators during the Senate session, Togiola moved to reject the report and return the bill to its original language as passed by the Senate.

Togiola argued that if the report is approved by the Senate all funding for LBJ — which provides a very important service to American Samoa — is cut. By rejecting the report, that means the 2% wage tax remains the law, and LBJ still gets specific earmarked funds.

However, Togiola repeated at least three times, that he wants his objection “on record” for the Senate journal and insisted that this bill — in its amended form — leaves LBJ with no “earmarked” funding source.

During its session, also on Saturday, the House approved the conference committee report.

Based on the final language of the bill, LBJ no longer gets any earmarked funds — as it did under the wage tax, and will have to depend on the goodwill of the ASG Treasurer to provide an ASG subsidy to help the only hospital in the territory.

The legislation will now be enrolled in Fono records, before it is sent to the governor for his review and decision.