MASI responds to criticisms regarding this year’s pageant results 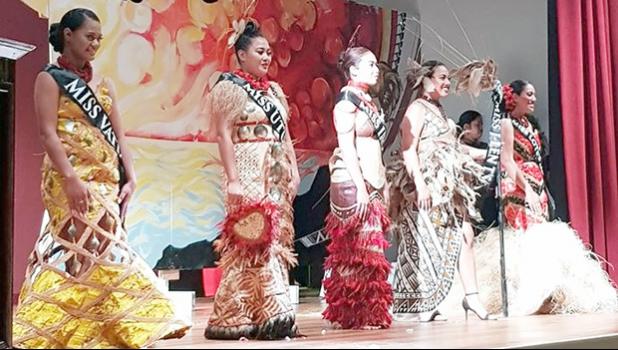 Pago Pago, AMERICAN SAMOA — Before the Miss American Samoa pageant officially came to an end last Friday evening, social media was already abuzz with viewers - and those who witnessed the pageant LIVE - voicing complaints about the final standings.

As a matter of fact, it was when Brenda Foleni was named third runner up that things started to get crazy online. That’s because according to what was announced, Brenda had won the majority of the 11 awards.  Epifania Petelo, the newly crowned Miss American Samoa, secured 4 awards while second runner up Jonica Ta’aitulagi Tuiteleleapaga won 2.

The crowd - and those watching from home - naturally assumed that the two contestants who didn’t win any awards at all: Tauaitala Leasiolagi and Menora-Justine Samia, were automatically going to be in the bottom two.

However, that was not the case. Brenda, with the most awards, was the third runner up and Menora, who didn’t win any awards, was named first runner up. The crowd was stunned, and so was Brenda, evident in her facial expression when her name was called.

Epifania Petalo (left) in tears as she realizes that she is the new Miss American Samoa. Standing next to her is third runner up, Brenda Foleni. [photo: B. Chen]

Samoa News sought an explanation from pageant coordinators, Miss American Samoa Incorporated (MASI) whose president, Simeafou Imo responded by saying that the standings are based on total accumulated points, not the number of awards a contestant wins.

According to Imo, the contestants were judged on six categories only: siva Samoa, sarong, talent, traditionally inspired wear, pre-pageant interview, and stage interview. All the other categories: Best Float, Miss Photogenic, the MASI Award, Miss Personality, and Miss Internet are “special awards” and don’t count towards the final tally.

The breakdown is as follows:

Imo, MASI, and the judging panel have been under attack on social media, since the official announcement of the pageant results. The complaints, for the most part, center around the standings for Brenda and Menora.

And while Imo could not release to Samoa News each judge’s individual score card, she did provide the final scores for the competition and the official count is as follows:

Imo explained that while a contestant can win 2 or 3 of the categories, if they score low in the remaining categories, their final score drops significantly. In the case of Menora, while she did not secure any awards that night, she consistently placed high in each category and the final tally of points reflected that.

Imo said the judges based their decisions on the ‘rules and criteria’ set forth in the agreement signed by each contestant and their sponsor. The rules include guidelines on what is expected from the girls. For example, in the talent portion, no human props can be used. Furthermore, the traditionally inspired wear must be ’suitable’ and the contestants are not permitted to wear shoes.

“Each contestant and their sponsor was given a set of guidelines to read over and sign prior to the pageant,” Imo said. “This is so everyone can be on the same page and know what is expected, in addition to what the judges are going to be looking for.”

MASI says the point system has been in place for years, and has been used to judge pageants in the past. For now, MASI is planning to host a fundraising to help send Miss American Samoa 2019-2020 Epifania Petelo to the Miss Pacific Islands pageant, set to be hosted in Papua New Guinea later this year in November.