Man who stole from his employer is ordered to pay restitution, as a condition of probation 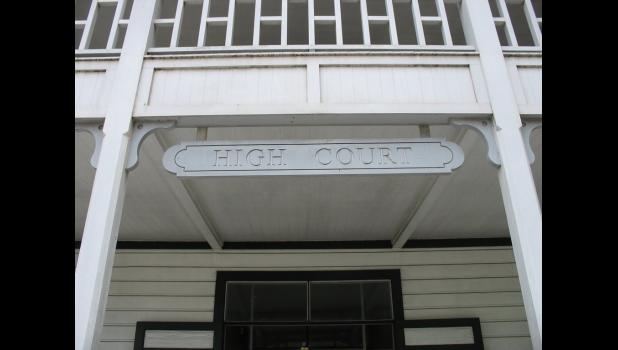 Pago Pago, AMERICAN SAMOA — A former employee of Y&J Store convicted of stealing from the company has been ordered to pay restitution of $3,913.04, as a condition of his 5-year probation.

Esau, who was released on bond, was initially charged with stealing and embezzlement, both class C felonies, punishable by imprisonment of up to 7 years, a fine of up to $5,000 or both.

But under a plea agreement with the government, accepted by the court last month, Esau pled guilty to the amended charge of conspiracy to commit stealing, a class D felony, punishable by imprisonment of up to 5 years, a fine of up to $5,000 or both.

With his guilty plea, Esau admits that he assisted his co-workers in stealing goods — valued at more than $100 — from his former employer, by loading the stolen items on to a truck.

Defense attorney Rob McNeill asked for a probated sentence, saying his client is truly remorseful and he takes full responsibility for his actions. He said Esau has learned his lesson and wants to move forward with his life.

According to McNeill, Esau is a family man who works very hard for his wife and 3 children.

In response to Chief Justice Michael Kruse’s inquiry about Esau’s immigration status, McNeill said  his client’s ID is valid until next year and Esau is currently employed by another company that considers him a valuable employee.

Prosecutor Doug Lowe agreed with placing Esau on probation, under the condition that he pay restitution of $3,913.04

According to the court, Esau helped his co-workers by taking stolen goods from the warehouse and putting them on the back of a truck. Esau positioned himself in a place where he was easily viewed on the store’s surveillance camera.

When police reviewed the footage, Esau and his co-workers were easily identified.

Kruse said the court believes Esau is truly remorseful and his early admission to the charges against him is one of the factors the court has considered for sentencing.

Esau was sentenced to 5 years imprisonment and a fine of $5,000. Execution of sentence is suspended and Esau is placed on probation for 5 years, subject to several conditions.

He has to serve 20 months at the Territorial Correctional Facility (TCF). Execution of detention will commence by order of the court.

Upon release, Esau has to immediately depart the territory and remain outside of its borders for the duration of probation. However, this condition is stayed until further order of the court.

Esau is also ordered to pay full restitution and he is not to make any contact with his former co-workers, who are also his co-defendants in this case.

Kruse reminded the defendant that if he wishes to be with his family and children in the territory, he has to comply with all the conditions of probation, including the condition that he remain law abiding and pay restitution.