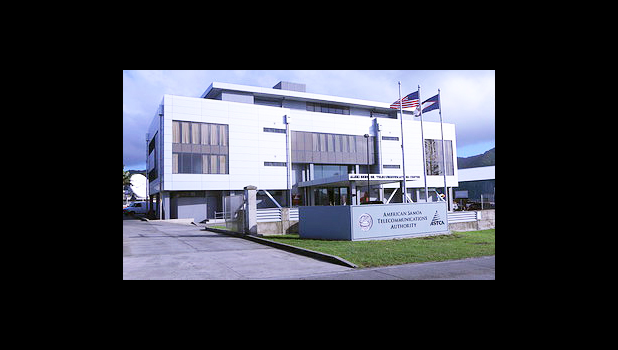 Pago Pago, AMERICAN SAMOA — In his State of the Territory Address, Gov. Lolo Matalasi Moliga provided for the Fono a summary update on the progress of local telecommunications development in the territory, saying “positive effect was experienced” in FY 2019, after the July 2019 launch of the Hawaiki submarine fiber optic cable.

“Customers continue to increase as the Internet increasingly becomes an essential part of daily life,” Lolo said, noting that among those benefitting from extended broadband is the Department of Education, which now gets 20 times the bandwidth it did prior to FY2019, with no price increase.

All across the territory, including Manu’a, Lolo said, businesses and agencies are able to use internet services that were previously unaffordable or simply unavailable, enabling the widespread use of video teleconferencing and chatting, distance learning, easy access to remote databases and Software as a Service, and personal entertainment.

According to the governor, ASTCA was also busy developing its new LTE mobile network in 2019, and quietly introduced the service to the public at the very end of the fiscal year.

“The new network provides greater mobile coverage on Tutuila and Manu’a, reaching many remote villages that had never had reliable mobile service before, including all of the villages in Manu’a,” Lolo shared. “It provides fast data speeds and advanced features, giving local consumers a mobile service that is comparable to much of the rest of the U.S.:

“ASTCA’s financial performance improved significantly in 2019, spurred by the implementation of rigorous cost control measures and the increase in Broadband revenues which rendered ASTCA’s operational accounts to be in the black, along with steps taken to better manage its long-term debt,” the governor said.

He added that ASTCA reduced its head count in FY2019 as part of its cost control measures, but also rewarded staff members with performance-based increments and overdue reclassifications. “As ASTCA introduced more services and served more customers, the head count has begun to rise again,” Lolo said.

(Samoa News notes that several lawmakers plan to seek financial reports from ASTCA, following the governor’s address, to see if there was in fact an improvement in 2019.)

The governor revealed that ASTCA is working with local businesses and government agencies to provide advanced VoIP telephone systems that supply a range of features not previously available in PBX telephone systems.

At the start of FY 2019,  there were only 2 VoIP systems — the America Samoa Community College and the American Samoa Power Authority — but 12 more were added during the year, Lolo said. There are now over 450 phone extensions on the 14 VoIP systems installed.

According to Lolo, ASTCA continues to help local businesses and agencies create Wide Area Networks that connect multiple locations on Tutuila and Manu’a with a unified network server. For example, a single network connects the Department of Health clinics at Leone, Tafuna, Fagaalu, Amouli, Ofu, and Ta’u. Additionally, ASPA runs a single network tying together its customer service in Pago Pago and

Tafuna, as well as various ASPA facilities on Ofu, Ta’u, and Tutuila. “Many private businesses now use ASTCA to build similar networks,” Lolo pointed out.

ASTCA also worked with federal agencies to extend their secure Very Wide Area Networks to include offices in American Samoa. For example, the Social Security Administration and the U.S. Census rely on

ASTCA to securely connect their Tutuila offices with their database servers on the U.S. mainland.

For 2020, the governor said ASTCA will put all the pieces together and offer a full suite of services at home, at the office, and on the road. Furthermore, the semi autonomous agency will continue the trend of offering more advanced services to consumers, businesses, organizations and agencies. “There will be a big push to welcome customers on to our LTE mobile network,” Lolo said. “We will introduce the iPTV cable television service. We will elevate ASTCA’s customer service, retail experience, and marketing efforts.”

Samoa News notes that the iPTV is part of ASTCA’s operations and has been planned for a long time. The iPTV service is available in the Manu’a islands — since early last year —undergoing the testing stage.

Another development this year, said the governor, is that ASTCA will partner with the Department of Commerce and private companies in promoting job creation and labor force development so the investments in ASTCA “will help our economy grow and improve job prospects for the young and old.”