How far does American Samoa have to go to get a bank? 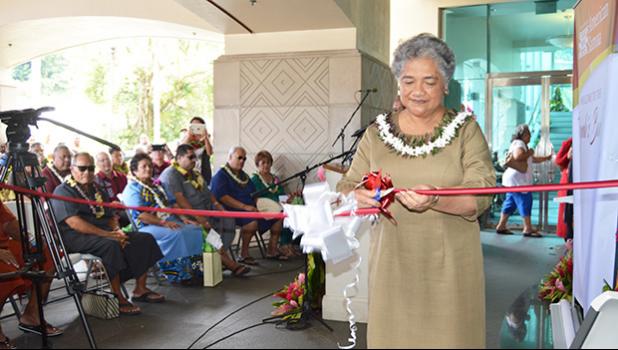 Visiting American Samoa is like stepping back in time — both because of its unsullied natural beauty and its antiquated banking system.

The economy runs on cash, but until recently the island had just seven ATMs, only three of which usually worked, to serve 60,000 residents. It's common for residents to wait in line for two or three hours — sometimes queuing in the early morning before the bank opens — to cash a check. Few islanders have credit cards, and most retailers don't accept them.

American Samoa leaders have already tried to convince existing banks to open up branches there, and even attempted to form their own bank. But neither effort panned out. Now they have launched a bold effort to create a state-backed public bank, something that hasn't been done successfully in the U.S. in nearly a century. They hope it will help modernize the island's banking system — and American Samoa itself.

"There is a great need for basic banking services in American Samoa, because they are not being served right now," said Phil Ware, a longtime Utah banker who is president of the newly created Territorial Bank of American Samoa. "I mean basic needs, like supplying cash, offering checking accounts and offering credit/debit cards. Our whole bank is a CRA [Community Reinvestment Act] project."

Yet the outcome is by no means certain. The Territorial Bank of American Samoa took a major step forward last year by opening its doors and offering islanders limited services.

But it still needs a key regulatory approval to provide even checks to its customers and to make good on the hopeful vision of island leaders and bank executives. If U.S. regulators do not act soon, the endeavor could fall apart, leaving the island without any prospect for a solution in the foreseeable future.

Read Rob Blackwell's definitive article — that includes "A crisis in the making", "Waiting for the Fed" and "Future plans" at American Banker.