With Samoa allowing flights into the country for citizens stranded in N.Z and easing stay at home rules, I think America Samoa should ...
Do the same
33%
Only ease stay at home rules
13%
Keep things the way they are
54%
Total votes: 98
Home 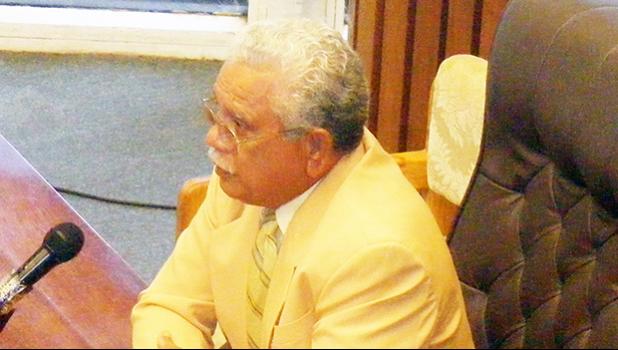 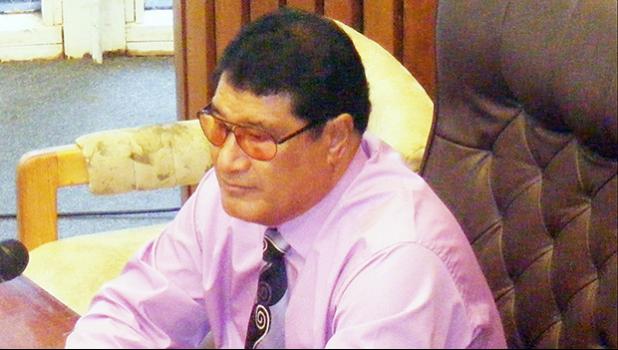 In separate, but unanimous votes of 16-0, the Senate yesterday confirmed the nomination of Va’amua Henry Sesepasara as Department of Marine and Wildlife Resource director and Tamaaiga Pili Gaoteote as director of Parks and Recreation Department.

However, for Va’amua, his nomination was rejected last Friday in the House but survived in a motion of reconsideration. No date for when the House will re-vote on Va’amua’s nomination.

Prior to yesterday’s Senate vote, Va’amua, who had served as director for DMWR during the first Coleman Administration, and Tamaaiga, who served in the department’s directorship post in the last four years, went through separate Senate confirmation hearings.

Among the questions asked during Va’amua’s confirmation before the Senate Communications/ Fisheries/Marine & Wildlife Committee were those dealing with the local cannery and fishing industry, which Sen. Taua’a Saunoa Vaouli says has suffered many challenges in the past years. Taua’a wanted to know what type of assistance from ASG is needed to help sustain the canneries, the largest private employer in the territory and he is concerned with StarKist Samoa taking the same action as previous ones by closing down operations.

Va’amua, who served in the last two years as executive director of the Governor’s Fishery Task Force, explained that many of the challenges faced by the canneries are based on federal law and there is not much American Samoa can do. One example is the federally mandated minimum wage increases.

He says American Samoa has shared with the US State Department concerns of  being “over regulated” when it comes to the US fleet fishing in this region.

As previously reported by Samoa News, the new six-year Multilateral Treaty on Fisheries was signed Dec. 2 last year in Nadi, Fiji between the United States and 16 Pacific Island countries. American Tunaboat Association executive director Brian Hallman told Samoa News in December that the US purse seiner fleet can choose the number of fishing days to purchase under the Treaty in which the US fleet pays $12,500 per fishing day. (See Samoa News edition Dec. 5 for details.)

Sen. Misaalefua J. Hudson inquired about the alia fishing fleet in Manu’a and what the government is doing to help them. Va’amua said the governor asked him last year to look at the alia fleet based in the island group and he also visited Manu’a.

And the governor was given a report, which states that there are 12 alia boats on Ta’u Island in need of repairs while there are about 5 on Ofu and Olosega islands. He said the government is looking at money ASG receives for its shares on fines imposed by the federal government on vessels fishing illegally in American Samoa’s exclusive economic zone to fund repairs for these alias.

Va’amua also shared information about the new “super alia” catamaran, which can go out further to fish and stay out longer compared to the current alia fleet. He told senators that the design of the “super alia” is completed and any fishermen or owner with money to construct their own — the design is now ready.

Sen. Fai’ivae A. Godinet shared his concerns about fishermen selling their catch along the main highway, especially when the fish is out in the open in the sun and rain.  Va’amua acknowledged that this is a long standing concern, adding that the fishermen are not using the new fish market at the Fagatogo Market Place, because — fishermen claim — its located in the back of the market place.

Now tables and ice are provided for fishermen to sell their catch on Saturdays under tents in the market place parking area, he said.

Some fishermen had told Samoa News late last year that the fish market is not easily accessible to the public, based on its current location at the market place, and it’s one of the reasons they don’t use the fish market, which was constructed with funding from the Western Pacific Regional Fishery Management Council.

Va’amua also said that in past years, there used to be fish exports out of American Samoa from local fishermen to off island locations such as Hawai’i; and DMWR is working with the Commerce Department to restart this initiative, said Va’amua who also shared with senators that DMWR’s budget is 95% federally funded.

Additionally, there are several new federally funded programs that are helping to also employ more staff for the department, which has a workforce of about 70 people.

Sen. Fano Shimasaki requested Tamaaiga, for the government to protect Fagaalu Park from eroding further. He said this park is faced with a major erosion issue. During the House confirmation hearing, for Tamaaiga, it was Rep. Vailoata Eteuati Amituana’i who raised the same issue saying that the park is used many times by the public, including for cricket tournaments.

In the Senate, Tamaaiga said the government has sought funding from the US Federal Emergency Management Agency to rebuild this facility as well as protect it from erosion. He said the FEMA funding request includes Utulei Beach Park renovations.

Sen. Fonoti Tafa’ifa Aufata sought an explanation on the use of the Rotary Club’s community swimming pool at Lions Park, to which Tamaaiga explained that one of its purposes is to teach people how to swim.

From the sports side of things, Tamaaiga said he is also American Samoa’s Minister of Sports and the swimming pool is a great way to start preparing and training local athletes for swimming competition in both regional and international levels.

Also raised in both the Senate and House hearings was whether the government is looking to add new parks in other villages. Tamaaiga said there are plans but it all depends on the availability of funds, adding that many people now want the same design and layout of the multi purpose Fagatogo Park, which includes a playground for children.

Tamaaiga said a request would be made to the governor to use some funding from Capital Improvement Project funding to add new public parks in the territory. Manu’a lawmakers in both the Senate and House also requested a park for their island group.

During the House hearing, which was held last Thursday afternoon, Tamaaiga said he has a long list of plans for improvements to parks in the territory but the lack of funding prevents the department from implementing such plans. He says that every fiscal year, the department’s proposed budget includes money to improve parks but in the end it’s taken out by the ASG Budget and Planning Office before the final budget document is sent to the Fono.

However, he noted that recently the A.P. Lutali Elementary School requested playground equipment and he used his own personal money of $1,000 to purchase volleyball equipment — balls and nets for the Aunu’u based school.

He informed lawmakers that there are 11 public parks in the territory and he wants to add new ones, but village leaders would need to meet and assign land for a park to be built in a specific village and then relay the information to his office, which would then start the process moving forward.

However, he asked lawmakers to keep in mind that all of these plans and new parks depend on money to carry them out.