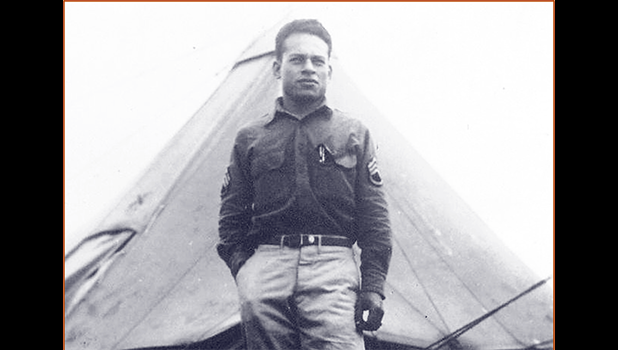 Washington, D.C. —  Pearl Harbor attack survivor Tali Peter T. Coleman (pictured) during his World War II service. He was later honored with a pin from President George H. W. Bush at a Pearl Harbor anniversary ceremony, and is the only Samoan inducted into the Army Infantry Hall of Fame at Fort Benning.

“December 7, 1941, is known to history by President Roosevelt’s famous words as ‘date which will live in infamy.’ This attack brought the United States into World War II. We pray that such a worldwide war will never again be faced by another generation. We honor those who lost their lives, and the many stories of courage that day.

“Our strategic islands were affected by the war, and that history is still evident at Blunt’s Point and Breaker’s Point. Among Pearl Harbor’s survivors, Tali Peter T. Coleman is the only Samoan to be inducted in the Army Infantry Hall of Fame. Our people have built a strong and lasting tradition of military service in times of peace and war since. May God bless our country, our veterans, and all our military families.”

AMATA’S STATEMENT REGARDING MILITARY BASE SHOOTINGS

“We’ve had sad news this week with two shootings on U.S. military bases. It’s always especially jarring to hear of violence at a place we know in some way. With our high rate of military service, many of our American Samoan military families have visited and had loved ones serve at Joint Base Pearl Harbor, and also at Pensacola.

“I’ve been to the base at Pearl Harbor many times, and I’ve also had family there, and my father’s brother worked there. We send condolences to the families and everyone at these bases. Events like this cause us to think even more about our own from American Samoa serving at these bases and all over the world, and send them our love and prayers.”