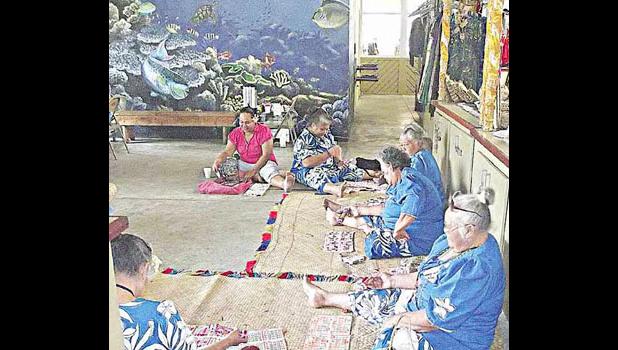 Money can be better spent elsewhere during these difficult times
By
Fili Sagapolutele
fili@samoanews.com

Pago Pago, AMERICAN SAMOA — In the midst of the coronavirus pandemic, Gov. Lolo Matalasi Moliga told a cabinet meeting on Monday this week that this is not the time for bingo fundraising, which is taking money away from members of the community and further, bingos are not allowed at this time during COVID-19 restrictions.

“Bingo games are prohibited at this time,” according to the new information or clarification, added to public gathering restriction #19.

Towards the end of the cabinet meeting, the governor’s chief of staff, Fiu J. Saelua said that a bingo game was observed being held at Pavai’ai last Saturday and he requested Police Commissioner Le’i Sonny Thompson to look into this issue as bingos are not allowed at this time.

Le’i responded that there’s no limitation on the number of people in public gatherings in the most recent declaration.

Lolo said that even if there’s no rule banning bingos during the pandemic, conducting fund raising through bingo is not appropriate right at this time. He said lifting restrictions on public gatherings allows for family activities, village events and other important matters but not to conduct fund raising by holding bingos.

The governor said bingo fundraising is taking money away from the community and that’s not right during these difficult times. He repeated more than once that this is not the right time to hold bingo fundraising.

He informed the Commerce Department director Keniseli Lafaele that if the government is issuing permits for bingo operations — that should be stopped now, during the pandemic.  He also believes that all bingos should have a permit to operate but it shouldn’t be done at this time.

The governor asked Secretary of Samoan Affairs Mauga T. Asuega and District Governors to visit and talk to church leaders about bingos being banned at this time, even though there is no specific rule prohibiting the conducting of bingo during the pandemic.

He then specifically identified for Samoan Affairs officials — and with possibly the police commissioner — go talk to the Catholic Church about the ban on bingo games as a fundraising activity at this time.

Current law allows an “occasional” bingo game conducted by non-profit groups. But over the years, the Fono and others have questioned the “occasional” due to the fact that there are bingo games held throughout the week except on Sundays.

On Friday evenings and Saturdays, there are usually more than 3 bingo games happening island-wide and most of these bingos are conducted by the CCCAS and Catholic Church in their villages.