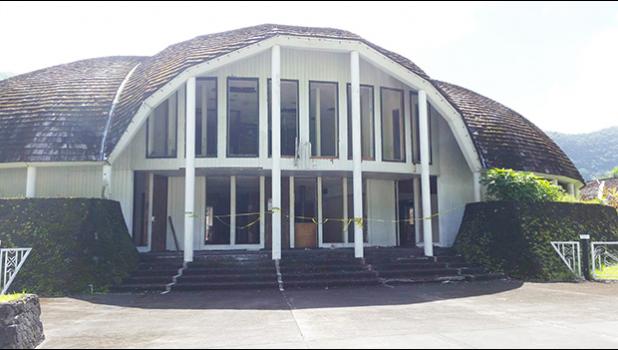 The Senate on Tuesday approved in final reading two bills, sponsored by Sens. Magalei Logovi’i, Nuanuaolefeagaiga Saoluaga, and Paepae I. Faiai. Both bills now go to the House for consideration.

One bill, supported by the Election Office, deals with campaign activities on Election Day; and the other with charging trespassers on school grounds.

For the election bill: Provisions of current election law states that: no person — other than the district officials, candidates or one representative appointed by each candidate, and the qualified elector going to and from the polling station to cast a vote — may be permitted within the poling place and “that area” surrounding the polling place, reasonably calculated to preserve a neutral, peaceful and quiet atmosphere for the balloting process.

During a Senate committee hearing late last month, Magalei said the reason for the proposed law is to prevent problems like those that were reported during the 2016 general election from villages including Fagatogo, Leone, and Faleniu where there were concerns regarding campaign tents being so close to the polling station.

Magalei said that when asked about the matter earlier this year, the Attorney General said there is no specific law regarding the distance of campaign activities to the polling station.

According to Magalei, this is the reason behind the proposed amendment — so people don’t argue about the same issue in the next general election.

The second bill approved Tuesday, gives the government the authority to charge a person who is present, without prior permission on private or public school grounds from 10p.m. to 5a.m. — with a Class A misdemeanor.

Local DOE officials voiced their support of the measure during a hearing last month.

This week the Fono approved a House Concurrent Resolution, conveying deepest sympathies and condolences to Catherine Jamentz-Tago, and the Tago family, on the passing of former Rep. Agaese ‘Ace’ Tago.

Tago was elected as a lawmaker for Ituau County in 1976. At the time, he was working for ASG.

According to the resolution, Tago, who held a Masters in Public Administration, returned to work for ASG two years later, serving as Budget Office director.

He was one of the founding board members of McDonald’s Corp. American Samoa, and served as ASG Treasurer from 1989 to 1993.

The resolution detailed his education history, work history, and community service, not only in American Samoa, but also in the US.

“Ace was a strong quiet leader who got things done by mentoring and motivating others,” the resolution states. “Ace lived his work ethics and passed down that trait to his children and grandchildren.”

“We have lost one of our best and brightest and he shall be missed.”

He was laid to rest earlier this week in San Mateo, and McDonald’s officials as well as friends and family members from American Samoa attended his funeral service.

Tago is survived by his wife, five children and ten grandchildren.