With Samoa allowing flights into the country for citizens stranded in N.Z and easing stay at home rules, I think America Samoa should ...
Do the same
40%
Only ease stay at home rules
11%
Keep things the way they are
49%
Total votes: 240
Home 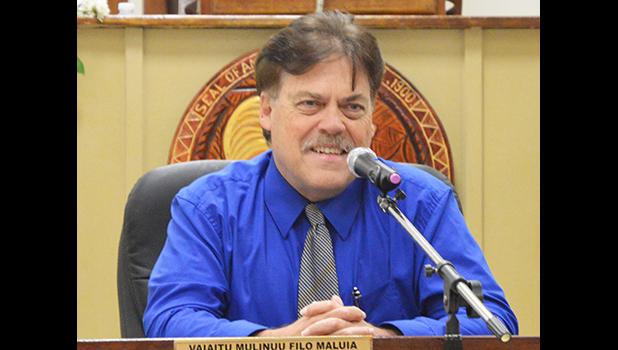 Pago Pago, AMERICAN SAMOA — Newly confirmed Public Defender (PD) Michael White told the Fono that his appointment was a calling from God, to come and help people who are in need in American Samoa, especially those who are poor and cannot afford to pay a private lawyer to defend them.

White appeared before both the Senate and House Judiciary Committees yesterday morning for his confirmation hearing. He was later confirmed by both chambers with a 13-1 vote.

Samoa News points out that everything on the criminal calendar in both the High Court and District Court yesterday was put on hold, until White’s confirmation hearing was done. As of yesterday, White was the only PD attorney on island. He told Samoa News that Assistant PD, Ryan Anderson is on leave.

White, 59, informed senators that as Public Defender, he and his staff work to defend the rights of people who are entangled in the criminal justice system, those accused of breaking the law.

“We do our best. With all the education and training that we have, with all the wits and guts that we possess, we fight,” he said. “We stand up to the police, we stand up to prosecutors, we stand in front of judges and juries, and we say this is not right, this isn’t fair, this is unconstitutional.”

White told senators that one of the most serious cases he came across during his seven years with the local PD's office, was the one involving a man accused of killing a police officer in 2010.

He told senators that the government argued for the death penalty, but after negotiations, they finally agreed to a life sentence. He mentioned the same thing when he appeared before the House Judiciary Committee.

White told faipule that he believes his appointment was a calling from God, because in the many years he has served as a public defender, he has found that American Samoa is the most beautiful place he has ever visited in his life. The people are friendly and willing to work together with his office and staff, he said.

Vice Speaker, Rep. Fetu Fetui Jr thanked White for his service to the community. As a former cop, Fetu told White the reason why he really doesn’t like public defenders, is because sometimes they lie to the court when they are trying their best to defend a person accused of violating the law.

“Are you one of them?” Fetu asked White who responded, “Absolutely not.”

As a spouse of a former public defender, Rep. Fialupe Fiaui-Lutu told White that her role while her late husband was PD, was to advise him on how to do his job fairly in accordance to the law. Asking if he’s married — he is — Fiaui said the wife of a PD must be a person with good advice, because she’s the one who advises the PD on who should be saved and who should go to jail.

Manu’a faipule, Rep. Vesi Talalelei Fautanu Jr. raised the issue about the PD's Office being under budgeted every fiscal year and that this was a main topic of discussion with former PD, Douglas Fiaui who raised the issue whenever he appeared before the Fono. He told White he should maintain good communications with the governor, the treasurer and the Budget Office director, so they can do something to cure the problem the PD office faces every fiscal year.

Vesi also spoke about attorneys who come in under 2-year contracts and assigned to handle criminal cases, noting that once their contracts are up, the lawyers then leave, and the cases are handed over to attorneys who know nothing about the background.

He further told White his office has to work with Fono attorneys about revisiting some local laws, including the DUI law. He said there are a lot of people sitting in jail for minor offenses when they shouldn't be there. Vesi said changes need to be considered and made.

Rep. Sataua Dr. Samuelu Mataese asked White about his position on the death penalty, which White says he opposes.

Sataua also asked if American Samoa needs an Independent Prosecutor (IP), and White replied yes. The faipule then asked if it's fair for those in private practice to be appointed as IPs.

White replied that a person who is appointed IP must have experience and knowledge; and appointing someone in private practice is not a problem with him, as long as that person has the knowledge and skills for the job.

Rep. Vailiuama Steve Leasiolagi commended White for his service to the people of American Samoa, including the time he served as defense attorney for his son. Vailiuama shared with the committee that his son’s case required a lot of money to pay for an expert from off island to come down and testify, and the PD’s office did their best to make sure the truth came out.