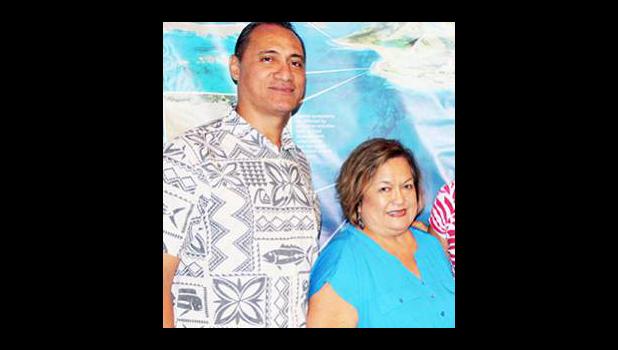 According to the letter, the Council was able to participate in the White House conference call to stakeholders on the executive order, which states in part that: by removing outdated and unnecessarily burdensome regulations; strengthening efforts to combat illegal, unreported, and unregulated fishing; improving the transparency and efficiency of environmental reviews; and renewing our focus on long-term strategic planning to facilitate aquaculture projects, we can protect our aquatic environments; revitalize our Nation’s seafood industry; get more Americans back to work; and put healthy, safe food on our families’ tables. (Full text of the order on www.whitehouse.gov.]

During the conference call Dr. Peter Navarro, Director, Office of Trade and Manufacturing Policy, invited comments identifying burdensome, unnecessary barriers that are in need of removal. The Council said that “we note that the fishing restrictions in the Pacific marine national monuments are impeding America’s three main tuna fisheries in the Pacific and the StarKist tuna cannery in American Samoa from operating at optimal levels and that these fishing restrictions are unnecessary as they have no proven conservation benefit.”

The Council cites several issues including the impact on Hawai’i’s longline fishery, which is the primary supplier of domestically caught bigeye tuna, yellowfin tuna and swordfish — making Honolulu one of the top 10 US ports in landed value of seafood, with landings of $110 million ex-vessel.

Regarding American Samoa, the letter cited the following:

•     US tropical tuna purse-seine vessels in the Pacific provide the American Samoa cannery with skipjack and yellowfin tuna for shelf-stable canned and pouched products, which have been in exceptionally high retail demand during the COVID-19 pandemic.

•     StarKist cannery provides 25% of the territory’s jobs and is the primary private employer. It accounts for one-third of the territory’s gross domestic product and effectively subsidizes the cost of freight and fuel to American Samoa.

According to the Council, the American Samoa longline vessels must operate within a small area that is further reduced by restricted fishing areas. It explained that the US exclusive economic zone (EEZ) around American Samoa extends less than 200 nautical miles because of the Territory’s proximity to other Pacific Island countries.

“The adjacent foreign EEZs prevent the local fleet from reaching the high seas,” the Council explained, nothing that within the small US EEZ around American Samoa, the waters in which the local longline fleet can operate are further reduced by the Rose Atoll Marine National Monument and the Large Vessel Prohibited Area (LVPA), which extends 50 nautical miles from shore.

The Council points out that the fleet has decreased from 60 to 16 active vessels in recent years and opening a portion of the LVPA as well as the monument waters to local longline vessels — which average less than 79 feet in length — could prevent the total loss of this important US tuna fleet.

President Trump was informed also that 51% of the US EEZ in the Western Pacific Region has been proclaimed as marine national monument waters during the last 14 years.

Additionally, marine national monuments prohibit commercial fishing by American fishermen in the entire US EEZ surrounding the Northwestern Hawaiian Islands through Obama’s expansion of the Papahanaumokuakea monument, Johnston Atoll, Wake Island and Jarvis Island and within 50 nautical miles of shore of Rose Atoll (American Samoa), Howland and Baker Islands, Palmyra Atoll and Kingman Reef, and the northernmost islands of the Commonwealth of the Northern Marina Islands.

According to the Council, the US tropical tuna purse-seine fleet is forced to pay burdensome fees to operate in the EEZs of other Pacific island countries when they are restricted from fishing in the US EEZ, due to monument restrictions and when the Effort Limit Area for Purse Seine (ELAPS), which includes both the US EEZ and the high seas, is closed.

For example, US purse seine vessels, unable to access productive fishing grounds in the US EEZ must pay $13,000 per day for access to the EEZs of Pacific Island States. The US tuna purse-seine fleet has dropped from a recent high of 39 vessels to currently 24 licensed vessels.

The Council also points out that the American fisheries in the Western Pacific Region are in strong competition with the heavily subsidized Chinese fishing fleet that has grown at least fourfold in the past couple of decades and accounts for unprecedented levels of tuna harvests, e.g., nearly one half of the total South Pacific albacore catch by all nations in 2017, a record year for catches.

In consideration of these facts, the Council requested that the President consider lifting the fishing restrictions in the Pacific marine national monuments and allow America’s fishermen to fish again in the US EEZ under the regulations promulgated through the Magnuson-Stevens Fishery Conservation and Management Act.

“Quick action is urgently needed to support our Hawai‘i and American Samoa longline fisheries, the US tropical tuna purse-seine fishery and the tuna cannery in American Samoa,” the Council letter concluded.