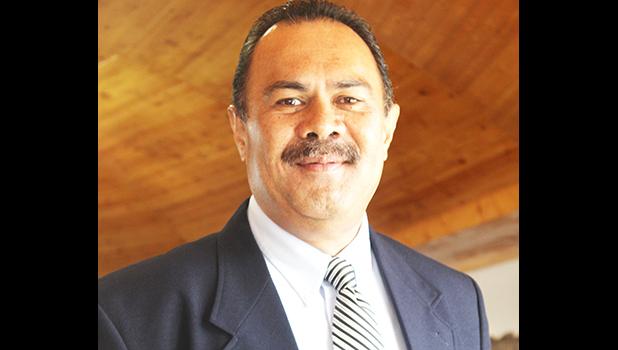 Meanwhile, Lolo offers no comment until the probe is complete
By
Fili Sagapolutele
fili@samoanews.com

Because of the ongoing investigation into the alleged fraud and counterfeiting of food stamp vouchers, Gov. Lolo Matalasi Moliga offers no comment at this time until the probe is complete and he receives a full briefing of the incident.

This is according to the Governor’s Executive Assistant, Iulogologo Joseph Pereira.

As a result of the arrests, there is growing local concerns — raised with Samoa News — on the impact the case will have on food stamp recipients. Some of them are asking whether there is enough money in the program for recipients for the rest of fiscal year 2018. Even more concerning, they say, is the federal grantor possibly placing a hold on funding.

There have also been questions on the governor’s reaction to the matter, which has already painted a negative picture for American Samoa — although Samoa News points out that these are only allegations at this time.

“This incident is regrettable and certainly unwelcome, given possible adverse impact on the recipients of the ASNAP Program,” said Iulogologo in response to Samoa News inquires. “Since the alleged fraud is being investigated it would be premature for the Governor to comment until he is fully briefed on the outcome of the investigation.”

Rumors circulated over the weekend that “federal agents” were to arrive on island Monday night for the US government probe into the case. This week, the Federal Bureau of Investigation (FBI) was mentioned as being the federal agency conducting an investigation.

(Samoa News notes that other “federal agents” could be investigators from the USDA and its Office of Inspector General.)

The DHSS budget for fiscal year 2018 totals $21.87 million with the ASNAP program allocated $7.58 million - which includes $6.25 million for ASNAP benefits (food coupons) paid to participants, according to the ASG FY 2018 budget document.

DHSS director, Muavaefa’atasi John Suisala didn’t immediately respond to Samoa News questions — including those pertaining to adequate funding for ASNAP, as well as new measures - if any - put in place by the department to ensure such incidents don't occur in the future.

Several years ago, the food stamp program was among the several federally funded programs designated as “high risk” by federal agencies. However, the designation was lifted for ASNAP during the Togiola Administration, after steps were taken to ensure proper accounting and compliance with the program.

Concerns over the impact of ASNAP funding also surfaced in the Senate this week and is the subject of a Senate Human and Social Services Committee hearing next Monday. Witnesses expected to appear include Muavaefa’atasi.