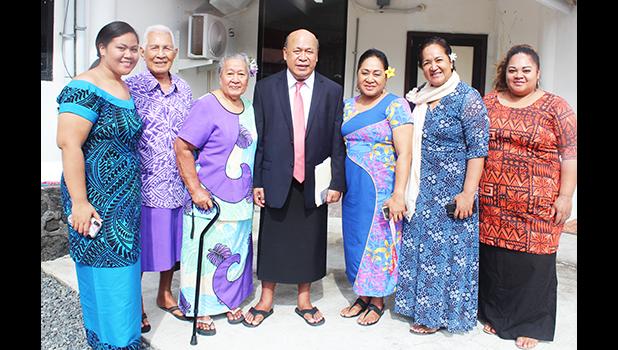 Pago Pago, AMERICAN SAMOA — Why state-run KVZK-TV did not provide coverage of the tsunami warning issued last Friday evening for American Samoa, was one of the questions fielded by Office of Public Information (OPI) director-nominee Aoelua Solomona Aoelua, during his confirmation hearing yesterday morning before the Senate Communications Committee.

Some residents questioned as to why there was no coverage by KVZK-TV, which is operated by OPI. And during Aoelua’s confirmation hearing, Sen. Uti Petelo raised the same question.

Aoelua responded that at the time of the warning, KVZK-TV was not set up to provide live broadcasts from the Emergency Operations Center, located at the local Homeland Security Department building in Tafuna.

Since then, he said broadcast equipment is now set up at the EOC enabling the station to go live if a similar situation should occur. He also made the statement that the broadcast station didn’t have direct communication/connection with the government during this type of emergency situation.

Sen. Togiola T.A. Tulafono questioned this statement, pointing to the law in which broadcasters are all connected to an emergency broadcast system, in time of such emergency. Togiola also said that he tuned into local radio stations during the warning to get additional information but there was only one broadcasting the warning live.

In response, Aoelua clarified his statement, saying that the assigned KVZK crew was stuck, and unable to make it to the EOC for the station’s live broadcast coverage. He reiterated that KVZK now has equipment at EOC to quickly carry out a live telecast if a similar situation occurs again and offered sincere apologies to senators and the public for no-coverage of the tsunami warning.

Senate President Tuaolo Manaia Fruean and two other senators echoed that there was no KVZK telecast of the tsunami warning at the time. Tuaolo also asked several questions and one of them was, who is OPI’s deputy director.

Aoelua said it’s Aaron Hall, and Tuaolo queried further, asking, if it isn’t a conflict of interest with the deputy director’s private businesses, which is in the same type of operation as KVZK.

Aoelua explained that this issue had been discussed with Hall to ensure that such a conflict won’t occur, but if something occurs in the future, a decision will be made at such time.

With the Constitutional Convention planned for this year, Tuaolo suggested that KVZK-TV re-broadcast past conventions, so that the community has more information.

Aoelua agreed with the suggestion but noted that the station no longer has the equipment to air old program tapes. He informed senators that OPI plans to ship off-island more than 1,000 tape-recordings of programs to be digitized, saying the equipment for these types of program-tapes is no longer available.

And as part of his response to a question from another senator, Aoelua explained that the OPI/ KVZK-TV building is undergoing renovation and their offices are temporally housed at the Lumana’i Building in Fagatogo.

OPI relocated early last year and what remains at the KVZK building is the Master Control Room (MCR) — which broadcasts the station’s programs. Even the nightly evening news is taped at the temporary offices in the Lumana’i Building and taken to MCR for broadcasting.

During the committee discussion, it was agreed that the confirmation vote will be carried out at today’s Senate session.