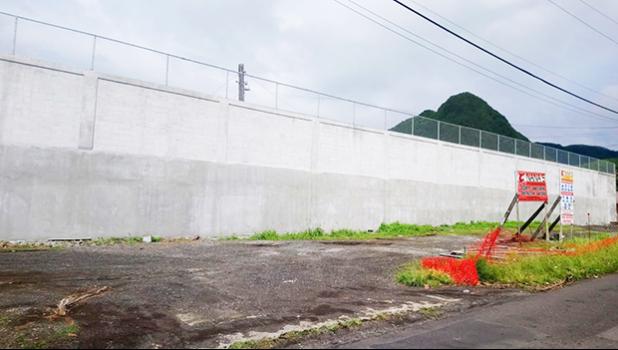 Pago Pago, AMERICAN SAMOA — “How can a person in custody come up positive for methamphetamine?”

This is the question Associate Justice Fiti Sunia asked about Fereti Talosaga’s case last week. Talosaga, who is in custody, appeared in High Court last Thursday for a Disposition Hearing for violating conditions of his probation after testing positive for methamphetamine (meth) two months ago.

Before the case was called, Talosaga submitted himself to a drug test administered by a probation officer. The result of the test revealed that Talosaga was positive for meth.

After it was revealed that Talosaga had tested positive for meth, defense attorney, Assistant Public Defender Ryan Anderson asked the court to continue his client’s disposition hearing until a later date, because he needs more time to discuss the new development with his client.

Prosecutor, Assistant Attorney General Kristine Soule agreed and Talosaga is scheduled to appear in court on June 28th for this Disposition Hearing.

The court told both parties that this is a curious situation where someone in custody tests positive for meth.

When the court asked who is the current Warden, both parties responded, saying that it’s Falanaipupu Taase Sagapolutele.

“How did a person, who is custody, come up positive for methamphetamine?” the court asked.

“Are they cooking food with methamphetamine inside TCF?”

Sunia turned to the government’s attorney and said, “Soule, you need to reach out to your people to see what is going on out there.”

The court said the reason why the court is placing these drug offenders on probation is to separate them from the supplier.

Sunia told the defendant that “the safest place for you to get away from methamphetamine is TCF.”

He instructed the defendant to submit himself for random testing every week before his next hearing at the end of this month.

Last month, the court had a chance to question Department of Public Safety officials and officers on duty at the Territorial Correctional Facility (TCF) as to how inmates are still testing positive for drugs and alcohol.

This was after Sierra Isaia tested positive for meth, while Sonny Mu Kelemete refused to submit himself for testing. The court interrogated the Deputy Commissioner at the time on the issue — prisoners testing positive for drugs and alcohol.

He said this is an indication that people in the TCF are hiding or protecting the inmates.

At the end of the hearing, the court told Foifua Jr that the question in the court’s mind is how drugs are getting inside the facility — how this happens in a facility with very high walls.

Deputy Commissioner Fo’ifua Jr answered that a pulu tree at the back of the Correctional Facility is where people can easily stand on the rocks back there and throw stuff above the 6-foot prison wall. He said there is no problem with anyone trying to smuggle drugs or other stuff inside the facility through the front fence. However, on the rear side, the fence is too low.

Foifua Jr told the court that there was an incident in the past while he was the Warden at the time, when an unknown person threw a package inside the compound from the big Pulu tree. It was lucky that the package was thrown into the compound while a TCF guard was stationed at that corner of the compound because it was a box of beer.

Kruse wanted to know how high the rear fence is. According to Foifua Jr, it’s about 6ft. He added that another problem at the back side is that there are rocks on the outside that someone could stand on it to make it easier to throw something into the compound.

Kruse stated that the front wall is just for show and the rear is not safe. Foifua Jr said, “Yes.”

Fereti Talosaga was sentenced to 7 years probation in 2014 after being convicted of sexual assault, which carries a jail term of up to seven years. Conditions of his probation included that the defendant remain a law abiding citizen, not consume or possess alcohol or illegal drugs and submit his himself for drug testing.

His conviction stems from an incident when a 15-year-old girl did not return home for a week. Police contacted the defendant who stated that he was in contact with the victim multiple times that week.

The victim was discovered in Alofau and after being transported to the Tafuna Police Substation she informed police that she left school Friday, Nov. 22, 2013 and she was staying at her boyfriend’s house in Mapusaga Fou.

She further told police that Talosaga was her boyfriend and that she had stayed with Talosaga from Nov. 22, 2013 until Dec. 2, 2013, after which she left to go to her aunt’s house in Alofau. The girl told police that she had sex with the defendant several times and the defendant was aware she was 15 years old. Police officers observed hickeys or love bites on the girl’s neck.