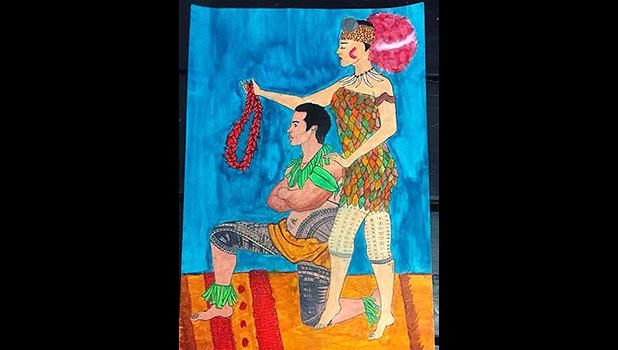 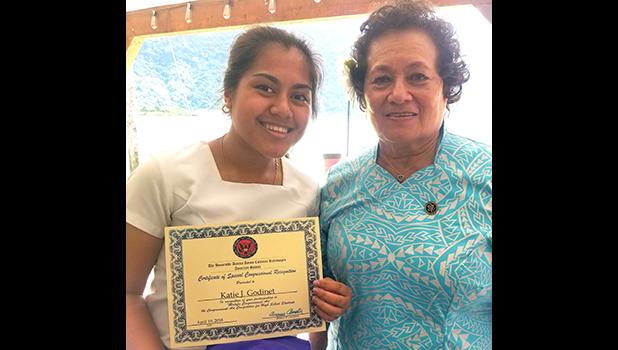 The Congresswoman and her office worked in partnership with the American Samoa Department of Education and the Sosaiete o Fa’afafine in American Samoa (S.O.F.I.A.S) to select this year’s winner to represent American Samoa. The event was held on April 19, 2018, at DDW Restaurant in Utulei.

“It’s such a pleasure to see the individuality and expression in each of these artwork submissions,” said Aumua Amata. “Congratulations to our winners, who each gave us excellent art to consider. Thank you to every student who participated, and I hope you each enjoyed it as much as we did seeing your wonderful efforts.”

Once again, Hawaiian Airlines is providing the round-trip ticket for the winner to the nearest airport in the U.S. used by Southwest Airlines, so the winner can travel on to Washington D.C., and join the banquet held for all the winners across the United States and its territories. Southwest Airlines has been a sponsor for the Congressional Art Competition for years and transports the winners to and from Washington D.C. for the celebration for free.

“I always enjoy seeing a touch of home displayed on the wall along the walkway from my office to the U.S. Capitol,” continued Congresswoman Amata. “I appreciate the good participation this year, and want to thank each of the parents and teachers, and the leadership of these fine schools. Thank you to our generous sponsors for making this opportunity possible, and sharing our community’s pride in these talented and motivated young people.”

Congresswoman Aumua Amata extends her warmest fa’afetai to the following businesses and individuals who donated and helped make this year’s Congressional Art Competition a success:

Principals from each involved school, the teachers, parents, and all the participating students.