Complaints against HR nominee escalate with letter to governor 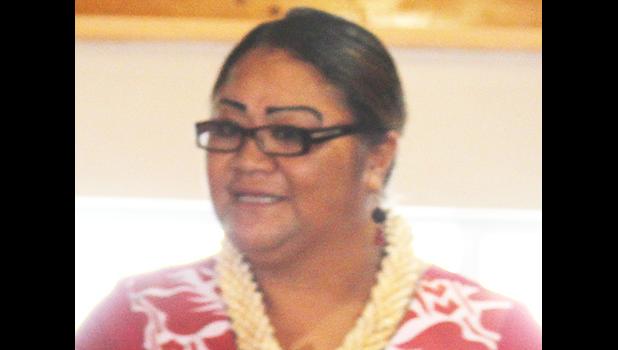 The draft letter from “ASG Career Service affected by the current administration’s political move” sent recently to lawmakers, timed with the Fono confirmation hearings of director-nominees including DHR director-nominee Lynn Pulou-Alaimalo, who was confirmed by the Senate on Wednesday while a confirmation hearing and vote is pending in the House.

Allegations of problems with Pulou-Alaimalo were raised by some senators during her confirmation hearing on Wednesday. (See yesterday’s Samoa News edition for details of the hearing.)

An individual affected by the alleged bullying actions by the new DHR leadership, shared the letter with several lawmakers, who were told via email that all of them impacted by Lemanu’s political appointee at DHR had agreed to share the draft letter with Fono members.

“We are writing to you to express our concerns, dismay and complain regarding the ill treatment of current ASG employees and controlling attitude of the current administration,” the draft letter to the governor states.

“Specially, the HR Department. The new leadership in HR came in bullying and intimidating the current HR employees,” the letter said and alleged that the “language she uses is insulting, abusive and oppressive.”

The letter didn’t identify the DHR director-nominee by name, but it went on to claim that the “verbal reassignment of several employees without following proper protocol is alarming, disturbing and hostile to employees who were not given an explanation.”

It also claims that the “aggressive verbal orders to the management staff to vacate their office spaces to allow the new incoming employees to replace them is very unprofessional and detrimental to the employees’ wellbeing and environment.”

These same incoming employees positions are not budgeted in the FY 2021 ASG budget, neither are their positions provided for on the DHR organizational chart and neither has DHR utilized the proper recruitment procedures as stipulated in the local law, according to the letter.

An example of the complaint, according to the letter, is the new deputy director for DHR’s Training and Development Division, who was recently transitioned from the Governor’s Office to take over this position upon the retirement of the previous deputy director. It says that the inter-departmental transfer of this individual — from the Governor’s Office — was based solely on this person’s merits and qualifications as recommended by the outgoing deputy director, approved by the then DHR director and authorized by the former governor.

“This unprofessional approach and the forceful manner of the acting director of DHR leads us to believe that she does not have the skills, experience and understanding of employment laws; nor does she have the consideration for the workforce that provides service to the government and our community regardless of national origin, religious beliefs, age, sex, political affiliation, etc,” the letter claims.

The affected ASG career service employees, in their letter appealed to the governor for “your compassion as this negative and destructive attitude is widespread within your new administration.”

“We are deeply concerned that the misuse of authority, infringement of employee’s liberties and exploitation of power had lead to employees to work in fear of persecution from the incoming leadership,” the letter states.

The letter requests that the Lemanu administration “review all new employee appointments, work towards dispelling the fear, havoc and confusion currently growing within the American Samoa Government.”

The employees affected tell the governor that “we question the credibility of some of your new appointed directors based on their recklessness and irresponsible actions,” according to the letter which is copied to the Lt. Gov. Talauega Eleasalo V. Ale, Administrative Law Judge Marie Alai’ilima, the Fono leaders, senators and faipule.

Samoa News has received information that the problems with DHR had also occurred at other executive branch offices and departments with actions taken by incoming director-nominees, such as bringing in his/ her “own people” as well as their own deputy directors.