Commish and AG both say no refunds issued for OMV overcharge 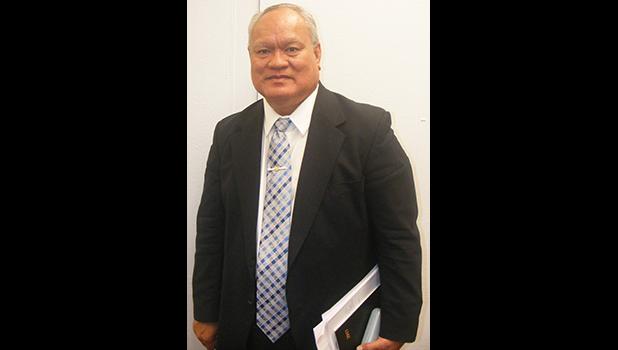 Samoa News responds — it’s not just the $12 that is in question
By
Fili Sagapolutele
fili@samoanews.com

Police Commissioner Le’i Sonny Thompson says his department has not issued any “reimbursement” or refund to vehicle owners who paid more than what is under the law, when they renewed their vehicle registration and Attorney General Talauega Eleasalo Ale says the same,  and apologizes to the public for the mistake, and says “thank you for helping the government.”

The AG said the administration will soon be submitting to the Fono proposed legislation to amend current laws pertaining to vehicle registration renewals. He did not say exactly what the amendment will propose, but seems to indicate a ‘higher’ registration fee, as did the DPS Commish.

Both men provided testimony before before the Senate Public Safety Committee, whose chairman Sen. Fa’amausili Mau Mau Jr., explained that the renewal charge has resulted in a public complaint to the Attorney General’s Office, and it has been mentioned in the newspaper, that refunds have been issued.

Fa’amausili, a retired DPS senior official, said such refunds will have a big impact on ASG finances if everyone affected receives a refund. He also cited provisions of the law 22-1002 that was the subject of the public complaint as well as the committee hearing.

Other senators also sought an explanation from Le’i on the specific details of the law, that has prompted concerns from the community.

Le’i notes that the Office of Motor Vehicles continues to follow the practice, which has been in place over the years. He pointed to local law, which states that it's $32 for motor vehicle license registration, plus $12 per ton of weight — at the time of registration.

For motor vehicle renewals it’s $32. However, in the past, the practice has been to add $12 as part of the renewal process, Le’i explained; but the law doesn’t say that the $12 for the tonnage is again to be paid during renewal.

“It only says $32 for renewal,” said Le’i, who acknowledged that this matter only came to his attention after a member of the public took the complaint to the AG’s Office followed by the Attorney General “advising me about the $12 being added to the [registration] renewal” although this has been the practice over the years.

Based on communication with the AG’s Office, Le’i said he wrote to OMV to halt the charging of the $12 for renewals while a draft bill would be submitted by the governor to correct this provision.

As to the matter of “reimbursement”, Le’i informed the committee that he has never said anything about reimbursement, which is an issue that rests with the AG’s Office, and DPS has not issued any “reimbursement” — and neither will they issue any refunds, because DPS does not have the authority to do so, under the law.

Talauega agreed and supported Le’i’s explanation to the committee. As for the “refund”, which has been raised by others, Talauega said there are no refunds and “thank you for helping the government.” This statement resulted in laughter from some senators and others inside the Senate chamber.

The AG went on to say, the law is the law, and a mistake was identified, and it has been corrected by halting the  $12 for the renewal.

He also confirmed that the administration is proposing legislation to correct the current provision pertaining to renewals and he prays that the Fono will support this important measure, as the government moves forward.

Sen. Galeai M. Tu’ufuli asked why people are complaining that they are not getting a refund, as reported in the newspaper.  Le’i responded that no one came to his office presenting a specific complaint, but he has heard that people are calling OMV after they found out about the issue.

Responding to a question from Sen. Galeai, Talauega said OMV is following what’s currently stated in the law and they are not charging the $12 for renewals.

Sen. Galeai noted that the Executive Branch oversees the operations of government and is responsible for enforcing the law. He requested his colleagues to give the administration the chance to address these types of issues as raised by the public.

Just to be clear, Sen. Paepae I. Faiai asked if DPS has issued any “refunds” to which Le’i said “no”.

When Le’i appeared before the House Public Safety Committee later yesterday morning for a hearing on the same issue, he gave faipule the same explanation he gave to senators.

Talauega wasn’t a witness during the House hearing.

Samoa News published a new column, “The Conversation” the last week of June this year that focused on the fact that OMV had been double charging the statutory amount for decades.

The column, written by Benjamin Hampton, a local resident, said, “Refunds averaging $45 to $70 or more are now being issued for those who inquire. “

Samoa News stands by Mr. Hampton’s comments in his column, and further notes that neither the commish or the AG indicated during their testimony how long the public has been overcharged by OMV for registration — only that there has been overcharging going on, and they have now corrected it, by just stopping it — but not giving the money back that was ‘unlawfully’ taken.

Further, while Samoa News and Mr. Hampton did not go into it in detail — exactly how much the overcharge was — Samoa News should point out that the overcharge is more than the $12 indicated by the Police Commissioner and the AG.

As explained by the commish, it comes across that individuals have only been charged an extra $12 on top of the $32 when registration is renewed. This is not the case.

It's been an actual extra $12 per ton of weight/ for every 2,000 pounds. This makes up for much more than $12 on each person's registration renewal  — check your previous registration renewal, pre 2017 — if OMV has stopped overcharging, the renewal fee should only be per vehicle — $32.

Then of course there is another question. Where did OMV get its chart of weight per vehicle to charge? What chart were they officially using? Was there overcharging per weight of vehicle too?

Mr. Hampton indicated in his first column that in some cases the overcharge adds up to a pretty penny. “My refund was only for $36 for 1 year of renewal, but a gentleman I shared this with is owed $440 over the last 11 years of vehicle ownership. What could yours be?”

He noted in his first column per “DPS directives, the OMV simply needs the tag number, your name, and how many years back you’ve made a renewal for that vehicle to generate a refund.”

Hampton also warned in the first column that the refunds would likely be available for a very limited window of time — in fact until the Fono meets in July and writes new statutes unless you the public take the necessary action. As the AG testified, the administration will be submitting amendments to the statutes to ‘correct’ the situation — which means probably higher fees.

Currently, OMV has refused to do refunds, period, and now the AG and the DPS commissioner are also saying “no refunds”.