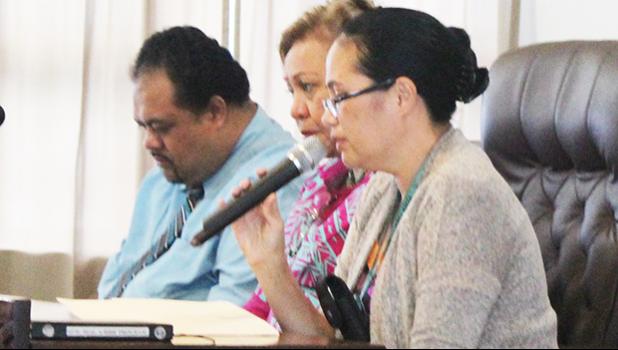 The mystery of the American Samoa Economic Development Authority (ASEDA) general revenue bonds isn't such a mystery after all. You can read the complete bond text yourself on the Internet at https://emma.msrb.org/ER913011-ER713245-ER1114700.pdf

But even that doesn't answer all of the questions about the secrecy surrounding the bonds. Although it’s really not a secret — it just takes some tough reading through the legalese to understand what the ASEDA board members did:

And, under the bond agreement terms, or in legal speak, "the covenant indentures", if ASEDA misses a $ 6 million dollar annual payment deadline, the bond purchaser has the unrestricted right to draw money directly from the ASG treasury.

The bondholder's right as "first lender" precludes ASG payroll payment and government operating expenses. According to the bond documents, even the Fono has no right to prevent direct withdrawal of funds by the bondholder.

(Keep in mind much of the $79 million dollars received by ASEDA was spent on projects unable to generate new revenue; debt restructuring, new fono building and a solar energy system.)

However the probability of default is slim.

The ASG has enough money to meet the payments even if they would be forced to reduce the number of contract double and triple dipper employees currently on the government payroll.

This, however, is dependent on something drastic not happening, like StarKist leaving the territory — this would certainly challenge the ASG's ability to make bond payments, which extend to 2035.

ASEDA's commitment to "revenue as collateral" is fully explained in the bond documents.

ASEDA contends that the Manu'a vessel will earn an annual $1.5 million dollars; The Territorial Bank of American Samoa (TBAS) is projected by ASEDA to be profitable; and tax income from the proposed Filipino food processing plant (800 employees) is another source of income cited as a source of bond payment revenue.

None of these projects are yet profitable.

Additional terms of the bonds have raised more than a few eyebrows among legal experts.

In the meantime, Samoa News should point out that Gov. Lolo Matalasi Moliga, in his most recent cabinet meeting, during the last week of October, told his cabinet members that the first four months of this Fiscal Year’s first quarter was not an easy time for the government.

“We can see that we’re still facing financial hardships in every corner of our government and also the business sector,” Lolo said, adding that he's already requesting the Department of Interior to advance American Samoa’s allocation for the first quarter of this fiscal year, to make it easier for the government to fulfill its obligations to the people and the community.

He continued, “We all know that StarKist Samoa is now closed for five weeks, and we are going to experience some problems because of the cannery shutdown.

The governor then went on to say, “I guarantee all of you that nothing is going to change in the way our government is run. We already laid down our plan for this year, the way that we’re going to collect more revenue, and how we are going to serve our people.”

However, currently the governor has only signed two revenue measures into law, and vetoed the rest, including the government’s supplemental budget bill, which he said could not be funded because the revenue bills did not pass accordingly.

Lolo, in his letter to Fono leaders, dated Oct. 30th, pointed out that the revenue measures submitted by the administration “were intended, in a coordinated manner, to build a strong foundation for funding the cost of government operations and special programs in to the future.”

This included both revenue enhancement measures to shore up government finances and individual relief measures intended to put more spending dollars in consumer hands, he said, adding that collectively, the proposed bills were intended to be read in conjunction with one another and not as separate, stand alone proposals, which is how the Fono treated them.

It is understood that he will be resubmitting the revenue measures next year for Fono consideration.

(Rhonda Annesley, Editor-in-Chief of Samoa News, contributed to this report)