Census Office: “We don’t ask any questions about immigration…” 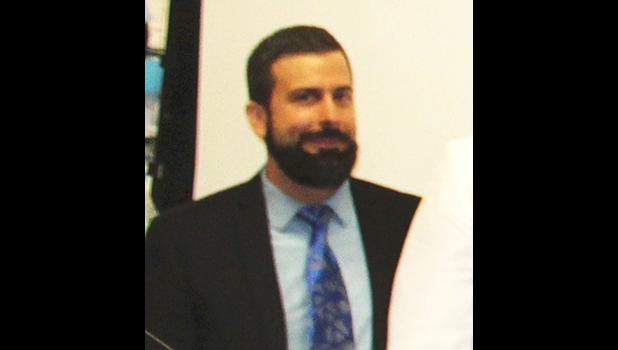 Pago Pago, AMERICAN SAMOA — With phase two — which is the in-person interview of households — of the 2020 census set to begin next month for the 2020 Census population count, US Census Bureau’s 2020 census advisory to American Samoa, Jason Kopp has provided details of what happens during the second phase.

Kopp, along with local census manager Meleisea Vai Filiga, has been holding public awareness programs at various sites, speaking to news media, and also programs on KVZK-TV to explain the census process.

He has assured that residents displaced by the storms will be counted by the census office.

As previously reported by Samoa News, the first phase of the census kicked off Feb. 3rd, where census workers visited every village in the territory to identify and list location and descriptions of all housing units and every type of living quarters found in American Samoa.

In the latest awareness program aired on KVZK-TV, Kopp said that the census office is finalizing the “closing out of the listing operation” and that the listing is to “make sure that we can count everyone in American Samoa.”

“We had great success” with phase one, said Koop who thanked the public for their support of census field workers that visit villages to get the listing on island “to make sure we could find the locations of where every single person lives.”

The next phase — Phase Two — is in-person interview or “enumeration” which is to start early next month, he said, noting that the public will see census workers walking through different villages as they will be doing in-person interviews with every household to collect data.

He said the census office will be talking to village mayors and also informing the community when this phase starts “so you’ll know you can expect us coming. We humbly ask for your participation in supporting the census efforts.”

“We want to make sure that we collect the data [which] is so important to making sure that American Samoa is accurately represented in 2020,” he explained. “And that is the data we will be living with, using in the next 10-years.”

He emphasized again that this “data is so critical for the local government and for anyone living on island and [in] leadership positions that want to make decisions, because that data can be used to make decision about infrastructure — like roads, or about schools, or health clinics.”

“It’s so important that everyone participates and they answer all of the questions so we can make sure we have accurate data that can help shape the future of American Samoa,” he declared.

“It’s also important because that data is often used... to justify decisions regarding federal funding. And we know that many families on American Samoa depend on a number of federal programs,” Kopp said. “So we want to make sure that the [territory] receives the funds that it needs and deserves.”

Kopp wanted the public to know this particular information to ensure that residents know and are aware of how to identify those who are census workers instead of some stranger knocking on their door.

He explained that census workers will go up to various households, knock on the door, and try to find someone that can respond to the questionnaire. “All the interviews will be conducted in person,” he stressed.

“If we don’t find anyone or anyone that can respond to the census when we visit your household, we will leave a notice of [the] visit [and it] tells you that we were there, when we plan to come back, and will give a phone number to call for questions,” he explained.

Kopp also pointed out that “if there are any issues with relocation due to the many storms that are coming through the island, you will still be counted. We will put out special efforts to make sure that we count everyone” whether they are in their regular home or an emergency shelter.

Although the Census Bureau has explained several times in public that all responses to the census questions are confidential and private under federal law, there are still many residents concerned with “privacy” of their information as well as those concerned with their immigration status.

Kopp, again, emphasized the law, which protects privacy and confidentially of people who respond to the census. He noted that under the law, census workers also take a “life-time oath” during and after the census that all data is private and treated as confidential.

He explained that the law — Title 13 — means that the person’s data can only be used to produce statistics. “It can never identify you as an individual, or your household. It gives you protection that means your data cannot be used against you in a court of law,” he said.

“We want you to know that because we want you to feel comfortable completing the census because the census is a team effort,” he said. “The only way we can make sure that we get accurate and complete data for American Samoa is if everybody completes the census.”

He thanked the people of American Samoa for their support in getting the 2020 census completed accurately.