Case involving the death of an Am. Samoan man is now with the US Supreme Court 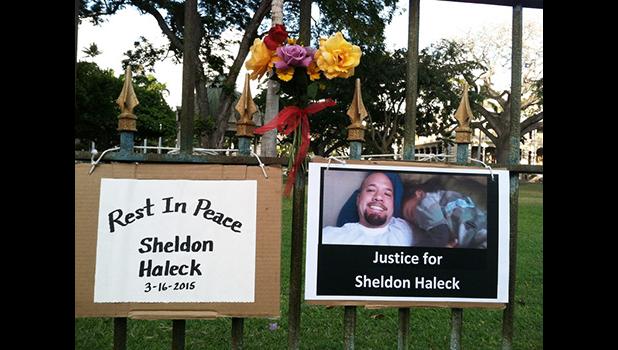 Pago Pago, AMERICAN SAMOA — The federal case involving the death of an American Samoan man, who died three years ago after he was arrested by police in downtown Honolulu is now with the Supreme Court of the United States.

The American Samoan man is Sheldon Paul Haleck, son of former American Samoa DPS Commissioner, William Haleck, who along with Sheldon’s wife and siblings filed a civil action suit in November 2015 at the federal court in Honolulu.

The plaintiffs contend, among other things, that the deceased was wrongfully seized, denied his liberty, and fatally assaulted by Honolulu police officers Christopher Chung, Samantha Critchlow, and Stephen Kardash.

Last year, the Honolulu federal court denied the defendants' motion for “summary judgment based on qualified immunity” under federal law over Sheldon’s death. The defendants appealed the decision to the Ninth Circuit Court of Appeals, which issued a ruling in July this year that “affirmed” the lower court’s ruling in “denying qualified immunity” for three police officers.

The defendants then petitioned the Ninth Circuit for a “re-hearing or rehearing en banc” — in which all judges of the appeals court sit on the panel. But that request was denied.

Late last month, the defendants petitioned the Supreme Court “for writ of certiorari” — which requested the higher court to review the lower court’s decision. The defendants claimed that the Ninth Circuit erred in their decision.

The defendants presented two main questions in their 124-page petition:

•    Whether the Ninth Circuit erred in denying the officers qualified immunity by defining clearly established law at too high a level of generality rather than considering the particular facts and circumstances of this case;

•    Whether the Ninth Circuit, having found that the officers were exercising a community caretaking function, erred by only considering the reasonableness of their caretaking while disregarding the requirement of clearly established law.

According to Supreme Court public records, the plaintiffs have until Dec. 27th to file a response.

The defendants’ petition note that the lower court had “denied the officers qualified immunity, and a Ninth Circuit panel affirmed, recognizing that the officers were performing a community caretaking function but without citing any particularized and clearly established law regarding that function.”

According to the petition, police officers were called to the scene where a “large unknown man, Sheldon Haleck was impeding traffic in the middle of a busy six-lane downtown thoroughfare near an intersection.”

"The officers asked Haleck to move to the sidewalk, but he disobeyed their commands,” the petition claimed. “Neither the officers’ multiple warnings that pepper spray would be used, nor its subsequent deployment, led to Haleck’s compliance.”

“Instead, he ran a short distance away, out of the officers’ reach, but not out of the street. An officer then warned him that taser would be applied, but again he disobeyed the command, continuing to run away while remaining in the street,” the petition says.

“After taser was deployed, he eventually fell to the ground, where he flailed and kicked and fought six officers before they were finally able to subdue him and carry him to the side of the street so that the flow of traffic could be restored,” it continued.

The Ninth Circuit had ruled in July that Chung's use of his taser — three times against Haleck — “violated clearly established law” and use of taser and pepper spray towards Haleck “was excessive”. Additionally, “Haleck was met with even greater taser force, and was not belligerent.”

Plaintiffs had argued in their lawsuit that the police officers used excessive force in arresting Haleck.

However, the police officers “argue that they are immune from liability as to the excessive force claim,” according to the defendants petition to the Supreme Court. They also argued that there is no evidence that the officers’ use of the pepper spray and the taser was used for a purpose other than to try to seize Haleck pursuant to their law enforcement duties.