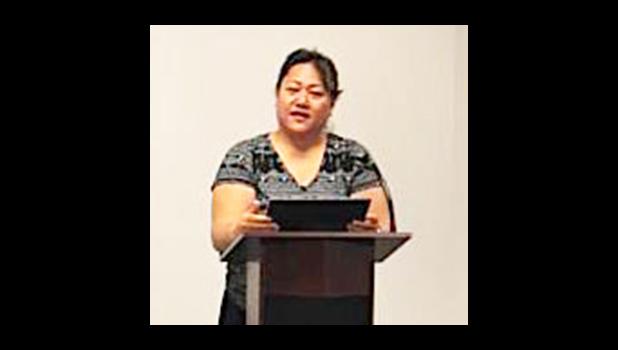 This is according to an ASTCA Aug. 4th inter-departmental memo, which provides a summary of the semi autonomous agency’s performance report during fiscal year 2018 third quarter — April to June 2018. The memo was prepared by ASTCA acting chief executive officer, Falaovaoto Sualevai and was sent to ASG Office of Budget and Planning director, Catherine D. Saelua.

“ASTCA’s cash situation continues to limit our ability to keep operations ongoing,” according to the report, which notes that management has “maintained restricted funds to pay for Hawaiki capacity.”

“As a result, all other projects are now being held up due to funding limitations, which limits our ability to market and also supply various equipment to take advantage of the fast speed internet service provided by Hawaiki and which [in turn] limits ASTCA’s ability to pay its debts and creditors,” Sualevai explained in the report.

“We are confident that with Hawaiki [going] live in July, an influx of customers will want ASTCA’s  high speed internet services, which will help with our cash flow situation,” she added.

According to data in the report, total expenditures for the third quarter stand at just over $3.87 million while revenues collected for the same quarter total $3.90 million.

The ASTCA approved FY 2018 total budget is $21.99 million with 191 employees; but government sources, who spoke on condition of anonymity because they are not authorized to release publicly such information, told Samoa News this week that ASTCA is proposing a FY 2019 budget total of $43.34 million with 194 employees. The largest proposed expenditure is for equipment totaling $19.53 million.

The government’s FY 2019 final budget proposal is expected to be transmitted to the Fono very soon.

During Wednesday’s cabinet meeting, Sualevai noted that the ongoing “cash flow” issue faced by ASTCA is just like that of the operations of the American Samoa Power Authority and other entities — saying “we still have issues with cash but we’re making every effort to try and stretch out the cash that we have so we’re able to meet the demands from our vendors.”

She also said of their latest project developments after the Hawaiki launch, “We are now going into the phase of starting to acquire new customers.”

She explained that the local Homeland Security Department and Department of Human and Social Services are now connected to Hawaiki and ASTCA is working with other government agencies to get them connected as well.

The next project ASTCA has in place is the LTE (Long-Term Evolution), which Sualevai explained is the “network that would allow us to use SIM cards ‘cause right now the ASTCA [cell] phones don’t use SIM cards.”

“So once the LTE is up and running we’ll be able to use SIM cards, that will allow us to have faster internet speed on your mobile data,” she said, noting that ASTCA has about seven sites that are already connected, and expects to connect seven more sites to get ASTCA to the 95% standard from the US Federal Communications Commission (FCC)

“The LTE project is expected to go live at the beginning of September,” she announced. “Launching of LTE takes advantage of Hawaiki and allows us to get more revenue so we can start having cash and be able to meet our cash needs.”

Another ASTCA project is the IPTV (Internet Protocol television), where television services are delivered using the internet. ASTCA announced in 2012 that among the benefits from its federally funded BLAST (Broadband Linking American Samoa Territory) project is new internet television programing through IPTV.

Sualevai told the cabinet meeting the IPTV project “has been an ongoing one, [and] Manu'a is on but not Tutuila. And the delay in that is that we don’t have enough cash, but the team is still working on other ways to see if we could bypass some of the connections to try and get the IPTV up and running.”

In ASTCA’s third quarter performance report, Sualevai noted that ASTCA is currently awaiting release of funding to order parts that will allow the availability of IPTV to all of Tutuila. “Our team is working with the vendor to introduce new channels including Sports [Rugby] channels through Fiji,” she said.

Gov. Lolo Matalasi Moliga told the meeting that, “we’re hoping by the end of this year, we should have all the ASTCA issues settled. We’re sending out our technical team, our legal staff in the governor’ office... so whenever you need help, just ask for that help.”

Samoa News notes that all ASG entities have a deadline of today, Friday, to submit their FY 2018 third quarter performance reports, which are compiled in a large book for submission to the governor and the Fono later next month. Samoa News was able to obtain a copy of ASTCA’s third quarter report this week.